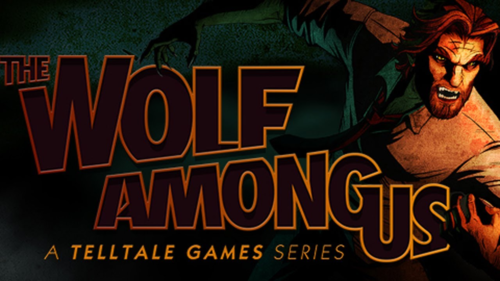 I’ve got to give credit to TellTale. They managed to not only sucker me into playing The Walking Dead, a game of a franchise I avoided for so long due to my prejudice against zombies and post-apocalypse stories, but make me love it too. When all was said and done though I naturally craved more point-and-click goodness; then I remembered another game they made called The Wolf Among Us. One quick Google Search later and I knew I had to check it out. And boy, am I glad I did.

The Wolf Among Us, much like The Walking Dead, is based off of an already existing comic book series named Fables, a noire-ish dark fantasy story which is set in Manhattan where many fairytale characters (who call themselves Fables) have had to escape to, due to some kind of invasion that occurred in their homelands. Just like any magical kind of entity, they choose to remain in secret, hidden from the muggles- I mean mundane. Sherriff Bigby Wolf (aka The Big Bad Wolf) is responsible for making sure they stay hidden, usually having to resolve disputes between Fables. But things soon go pear-shaped when a murder occurs and Bigby is tasked with finding out who did it.

As a concept alone I love this game. I haven’t read any of the comics but playing TWAU helped build a strong case as to why I should. I’ve always had this fascination with seeing established and well known characters being put into a radically different setting; to me, there’s some weird charm to it and I find it very interesting, and with such a wide spectrum of characters to pick from, it means there’s always a surprise around the corner. In the first episode alone (by the way, it’s an episodic game), we’re not only introduced to the Big Bad Wolf himself (who’s human but can turn into a wolf, in case you were wondering) but we also meet a foul mouthed Mr Toad who’s living in a crappy apartment, a drunken Woodsman who’s pissed that no one seems to remember his heroic deed of saving Red Riding Hood and one of the Three Little Pigs who still holds a bit of a grudge against Bigby for blowing his house down. It’s just a sight to behold, especially when the pig smokes… though considering the noire-style of it all, everyone seems to be obligated to drink or smoke (usually both). 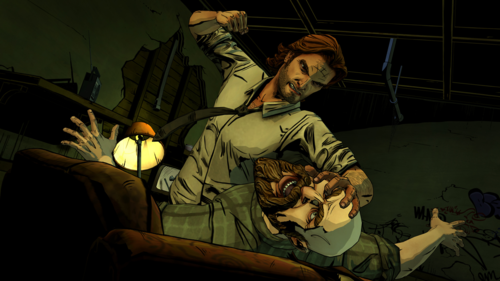 Speaking of, the art style is great too. It captures its comic roots by being cel-shaded (just like Walking Dead – expect a lot of comparisons) but the colour palette and use of shadows help emphasise the gritty nature of the world. The music does the same job but it’s unfortunately quite low-key, meaning I can barely remember any of it except for the music that plays on the title screen.

I also love a good mystery story and TWAU starts big and keeps piling on the mysteries, but never to the point where you have no clue what’s going on at any point. Theories come and go, some questions are answered but new ones take their place. And since it all takes place in a world where magic is a possibility, you find yourself forcing to think in ways you normally wouldn’t. The game’s no Ace Attorney; it’s pretty easy all things considered, but that doesn’t detract from the enjoyment of it all and piecing together the answer yourself is immensely satisfying. 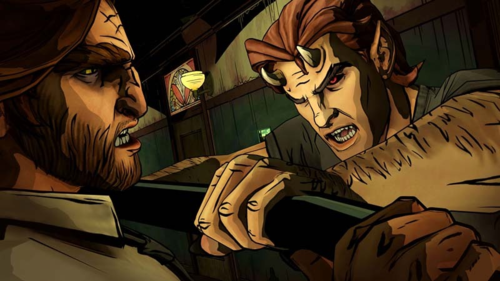 The use of magic and otherworldly elements also ups the action. There are many action moments throughout the game and while they’re ultimately just glorified QTEs, they can be surprisingly intense.The Walking Dead got pretty brutal at points but it was mostly gunplay and sharp objects being embedded into un-dead skulls. Due to the natural durability of Fables though, characters can be thrown out of a two-story window, take an axe to the back of the head and have claws shoved into their eyes and be perfectly fine a few hours later, meaning the fights can get more brutal and outlandish. Before you start worrying, Fables aren’t invincible; it just takes a lot to kill one.

Another similarity between this and The Walking Dead is its element of choice (it’s almost like they were made with the same engine… wait a minute). There are many points throughout the game where you can choose what Bigby says (or doesn’t say) during conversations. Sometimes, these choices will affect later conversations and events so you need to be careful about completely screwing yourself in the long-term. Do you play Bigby as a tough but ultimately nice detective who wants to atone for his past and try and do the right thing or do you remind everyone he meets why he’s big and bad? There’s no real right way to play the game – I have my own preference – but it makes everyone’s own experience a personal journey; it’s rare for two people to make the exact same decisions. The ending to it all doesn’t really change all that much, which some may find unsatisfying (especially since Season 2 of The Walking Dead had five possible endings) but, to me, I was happy with it and my choices. I guess one’s enjoyment depends on how much impact you want your decisions to have. 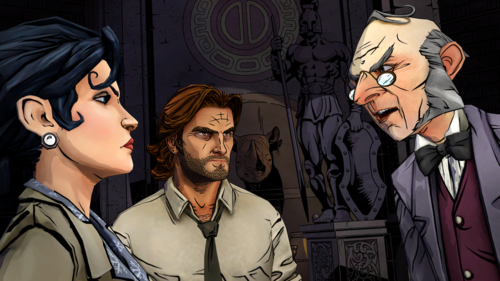 If you’re worried about ‘not getting’ the world or characters, you can rest easy when I say that you don’t need to have knowledge of the source material to fully enjoy the game, as it all takes place before the events of the comic. There are also points where you unlock little encyclopaedia entries that explain important aspects of the world and give an insight into character backstory, which is especially helpful in understanding certain relationships and attitudes.

Despite my seemingly endless praise, TWAU is not without faults, and it’s the same problem that seems to persist all of TellTale’s games. Stupidly long loading times, subtitles occasionally not appearing, the framerate stuttering during transitions and even during fights (moments when you’re expected to be quick on the button presses) and when I first booted the game up (I played the PSN version), it froze on the very first loading screen. It only got resolved when I decided to play it without connecting to the PlayStation Network. And from what I’ve heard, some people have had it worse, with the retail Xbox 360 version having a multitude of performance issues, the PC version sometimes just flat out not working and some people even having the dialogue choices not appearing. These problems and more seem to plague every game TellTale has released in the last ten years, and some have even got worse. TellTale, you guys make good stuff but you seriously need to fix this. You’re forums are apparently ablaze with angry consumers. How about instead of making a Minecraft game, you focus on fixing your engine first.

But this isn’t a rant against TellTale. Regardless of the issues, I still found The Wolf Among Us to be very entertaining. It hit almost every sweet-spot I have and I very much want to see a follow-up. Apparently there is a second season in the works but it’s still gonna be a while until it comes out. Until then, I’m hopefully gonna make a start on the actual comic, just to see what other Fables inhabit this crazy world and what other shenanigans Bigby will get himself into. 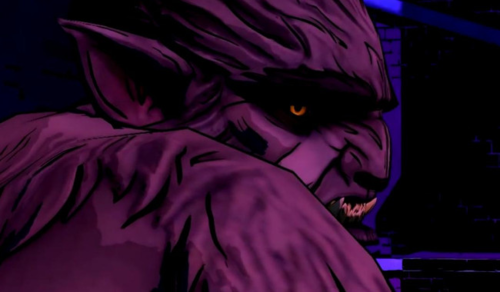