I have a very odd relationship with the ‘Kingdom Hearts’ series. Despite my frustration at some of its themes and its overall plot in general, any new information regarding the franchise excites me. The first ‘Kingdom Hearts III’ trailer made me squeal like a girl and the more recent trailer for the upcoming ‘2.5’ left me with a wide grin on my face. Maybe it’s the nostalgia or the fact that the good of the series outweighs the bad – whatever the reason, I still enjoy the series, and I’m especially looking forward to the aforementioned remakes.

Last autumn, Square Enix released the ‘1.5 ReMIX’ which consisted of ‘Kingdom Hearts Final Mix’ (a good game), ‘Re: Chain of Memories’ (a bad game) and a cinematic retelling of ‘358/2 Days’ (a bunch of boring cutscenes from a bad game) as a means of preparing us for the upcoming ‘KH III.’ Now, the second half of games will be re-released to us later this year on the PS3, and I am quite frankly hyped as all hell.

Firstly, it’s because one of the two games will be ‘Kingdom Hearts II Final Mix.’ The original was the first game I played (after reading up the plots of the preceding two games) and I just fell in love with the gameplay and the story and characters – now, I’m much more critical of its story, but it’s still a joy to interact with a bunch of beloved Disney characters; ‘KH II’ actually features a few of my favourite films, such as ‘Pirates of the Caribbean,’ ‘Mulan’ and ‘The Lion King’ – that’s part of the joy of the series as a whole; it’s like a childhood fantasy come to life.

While the game alone would be enough to excite me, the fact that it will be the ‘Final Mix’ version makes the deal all the sweeter. In case you don’t know, ‘Final Mix’ is essentially a director’s cut of the game. It adds several new features that weren’t in the original, including new cutscenes that add to the story and extra, hidden boss fights that will challenge even expert players (and make noobs such as myself weep in fear). These versions were also never released outside of Japan, so (unless you count emulation) this will be the first time we Westerners will get to play these versions.

What’s more, those extra cutscenes I mentioned? Well, when the game first came out, these new scenes didn’t get any voice acting (as far as ‘1.5’ goes; they might have had voices in the original Japanese version). They had subtitles, obviously, but it was still awkward to watch a scene being played out in total silence, especially when you can see the characters’ lips moving. But, for whatever reason, Square Enix has decided to have these cutscenes be voiced for the first time – it’s a neat little bonus which shows that some care is being put into these remakes instead of just making the graphics look slightly prettier.

Next up is ‘Birth by Sleep Final Mix’ which was originally on the PSP and served as a prequel to the series. It’s also the only ‘KH’ game I have yet to play (excluding the original version of ‘Chain of Memories’ on the GBA) and I’ve heard good things about it, from a gameplay perspective at least. It also has one of my favourite features in any game – multiple playable characters with intertwining storylines. So, something will happen in one character’s story, and you’ll see the consequences in another story. It’s nothing major, but I’m a sucker for games that do that.

There’s also the Mirage Arena, which was a multiplayer feature that let friends work together to fight Heartless, but it’s apparently been tweaked to be single-player only. This has angered some people and while I can certainly see their point, it doesn’t bother me personally – ‘KH’ has always been a solo experience and attempts at cramming in multiplayer aspects make me raise an eyebrow.

What particularly excites me though is that the ‘Final Mix’ version comes with an extra epilogue, which sees what became of a certain character and from what I’ve seen; it’s both interesting and rather haunting. 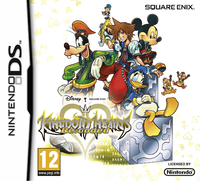 Finally, there’s ‘Re: coded.’ It was originally released as an episodic game for mobiles in Japan, which was then compiled into a DS game in the West. While it certainly had its issues, I found it to be a very fun title (much better than the other DS game). Unfortunately, just like the other DS game, we’ll only be getting remastered cutscenes. But then things change.

The ‘Days’ cutscenes suffered from essentially being just characters talking, with most of the action being told to us through walls of text. It lasted over two hours and was painful to sit through. Here, a bunch of new cutscenes are being made and, from what I’ve seen, will have a lot more action to them (the trailer I saw showed hints of the Hades and Riku boss fights). Plus, they’ve brought back a bunch of voice actors to record new lines – yeah, ‘Days’ did it too, but it didn’t feature any of the Disney characters (plus, it seemed like Quinton ‘voice of Axel’ Flynn was phoning it in). There’s also talks of a brand new battle scene and a scene that will tie ‘Re: coded’ with the 3DS title ‘Dream Drop Distance.’ It’s still small stuff but, again, it shows that there’s some degree of effort being put into this.

Despite my complaints with ‘1.5,’ it was still a good title overall and worth buying for the first ‘KH’ game alone. ‘2.5’ looks set to be even better, with two good games to play and cutscenes that hopefully shouldn’t bore the crap out of us. ‘KH III’ might be a long way away, but I think these titles will keep us busy for a while. 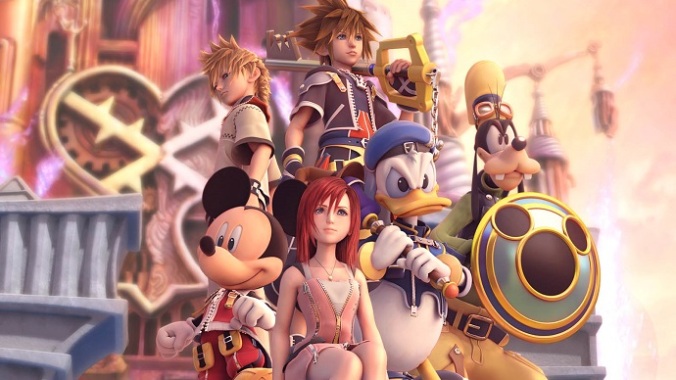