So, purely for my own enjoyment, here are five ideas for team-up movies that I’d love to see be made for the MCU. END_OF_DOCUMENT_TOKEN_TO_BE_REPLACED

For as much as I get frustrated with Kingdom Hearts, it’s a series that’s near and dear to me. I may grumble about some aspects of it constantly, but I’ll always keep coming back for its tight, action-RPG gameplay, enjoyable characters and its general oddball charm. And if I didn’t love it, I wouldn’t be interested in finding out curious tid-bits and random trivia all about it. So how about we take a look at the game that started it all and learn something new today? END_OF_DOCUMENT_TOKEN_TO_BE_REPLACED

This week on The Entertainment Dome, we finally get round to sharing some of our thoughts on the most recent JoJo’s Bizarre Adventure series, we discuss the newest The Rise of Skywalker trailer, and I can’t help but rant about the Disney/Sony fiasco regarding Spider-Man (apologies for the audio issues for the first half of the episode).

It sounds a little weird to say this but there was a time when Kingdom Hearts was oddly simple. While the series is notorious nowadays for its convoluted story-line, the first game is actually pretty easy to follow (for the most part – there are still some nonsensical moments). And while it may not seem as grandiose or have presentation on the same level as its superior sequels, the first game is responsible for some of the series’ most iconic traits and moments. Case in point – this scene. END_OF_DOCUMENT_TOKEN_TO_BE_REPLACED

Last week on The Entertainment Dome, James and I went into Avengers: Endgame, and came out the other side with all sorts of emotions. So enjoy our spoiler-filled, hour-long, unstructured ramble of this grand, cinematic finale.

This week on The Entertainment Dome, we share our thoughts and theories on the new Star Wars trailer and get appropriately hyped over the gameplay trailer for Joker’s appearance in Super Smash Bros.

This is possibly an unpopular Kingdom Hearts opinion depending on who is reading this, but I was never a big fan of Xion. I didn’t dislike her per se; I just never got attached to her like some fans did since I found her character to be rather generic and, considering 358/2 Days’ status as an interquel and the fact that she was never mentioned in Kingdom Hearts II (probably because Nomura hadn’t come up with her character at the time), she was most likely going to die by the end of the game. It’s hard to become engaged with a character when you know they’re not going to be around anymore soon. But that being said, her theme music never fails to make me emotional – especially the version of it that plays during her boss fight. END_OF_DOCUMENT_TOKEN_TO_BE_REPLACED 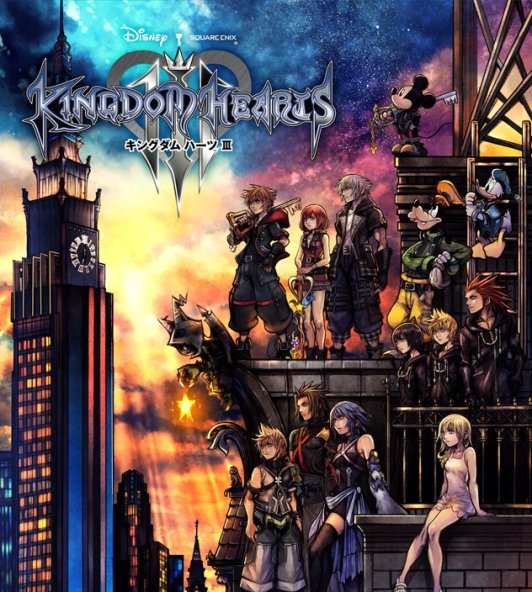 There was a time when Kingdom Hearts III was a punchline. Nothing more than vaporware; something that only existed as fan-fictions and fake box arts. It was synonymous with hell freezing over. And right now, the Devil himself is neck deep in snow. Even after it was announced back in 2013, it still didn’t feel real. But as the years went on, as we slowly saw more trailers and heard new details, myself and many others realised that this was, in fact, happening.

And now it’s out. You can go and buy Kingdom Hearts III and actually play it. But now that it exists, we must ask that dreaded question – was it worth the wait? This is a title that fans have been waiting for since 2005 when Kingdom Hearts II released, and acts as the finale to a story-line that’s been ongoing since the first game came out in 2002. Fans’ expectations have been ridiculously high so does it meet them? Is it the conclusion longtime fans deserved or is about as fun as going to an overcrowded Disneyland in the rain? END_OF_DOCUMENT_TOKEN_TO_BE_REPLACED

NOTE: If you would like to cover this song, then you are free to do so as long as you provide me with writing credit and a source to this post. Thanks!

What better way to contribute to the week of Valentines than with another dumb song parody all about a guy trying to convince his friend to dump his crazy girlfriend to the tune of Under the Sea? Well, there’s probably a lot of other, better ways but I find this funnier. Lyrics can be found below so enjoy(?). Word of warning – there is some strong language here.

END_OF_DOCUMENT_TOKEN_TO_BE_REPLACED

Anyone remember Disney’s The Three Caballeros? Released in 1944, it was an anthology of shorts that were linked by an overarching plot involving Donald Duck receiving birthday presents from his Latin-American friends, José Carioca and Panchito Pistoles. I’ve never watched it myself and, from what I understand, it’s not exactly up there in terms of recognisability; it’s biggest contribution simply being the introductions of those aforementioned two characters.

Why am I bringing this up? Because last year, somebody within the company decided they wanted a new animated series based on this movie that would be all about the titular characters travelling the world and encountering various mythological figures and monsters while trying to stop an evil sorcerer from coming back to life… and then make it only available in the Philippines. Yeah, I’m still confused about that last bit. It’s almost as weird as me waiting over half a year to actually write about it when it’s no longer relevant or topical (things kept getting in the way, leave me alone). END_OF_DOCUMENT_TOKEN_TO_BE_REPLACED