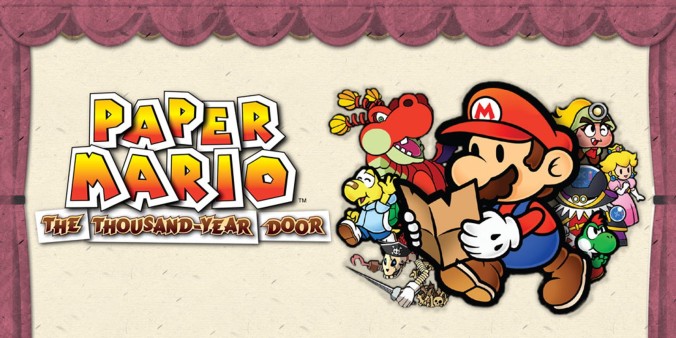 It’s such a shame that Nintendo doesn’t seem to know what to do with the Paper Mario series anymore. The first three entries are fantastic games that I could easily recommend to anyone with even a passing interest in RPGs or games with well-written stories and dialogue. Of those three, there’s no denying that the GameCube title, The Thousand-Year Door, is the best one. I could write several of these articles on that game alone with how many memorable moments it has, but for this instance, I’m going to focus on the game’s first major boss fight.

The first chapter does a good job of hyping the dragon, Hooktail, up. It opens with her ferocious roar and the player getting a small glimpse of her in the distance as she flies back to her ominous-looking castle. As a child, I found her legitimately scary, despite being a paper-craft, cartoon creature. Not to mention she’s huge, absolutely dwarfing Mario (she doesn’t even fit on the stage where battles take place). Between that and the music that plays when you reach her, she immediately lives up to her intimidating presence. Had I been any younger, I may have turned the game off out of fear (yes, I was that much of a coward). 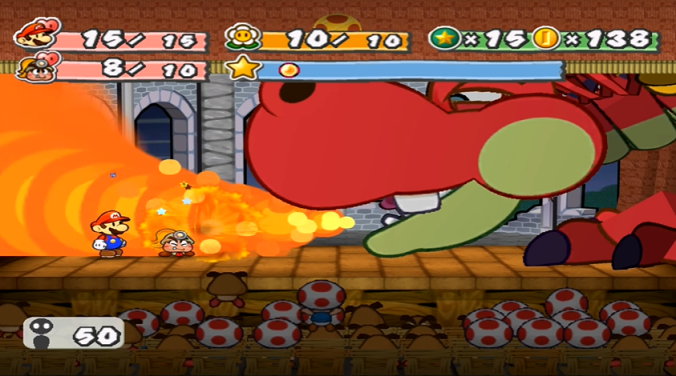 The boss fight itself, though, isn’t particularly difficult, especially if you have the recommended badge equipped that adds a cricket sound to all of Mario’s attacks. Yes, Hooktail’s weakness is the sound of crickets. Looking back, it’s just a silly gag that further adds to the game’s overall charm but, as a kid, I thought it was super clever and made it a point to find and equip the thing before taking her on.

But the creativity doesn’t stop there. After enough damage has been dealt, Hooktail brings the fight to a halt by begging for mercy, claiming she’s sorry and then offering you a thousand coins. Obviously, this is a lie and you need to reject this and her other offers, which are a super rare badge and the opportunity to… smell her feet (that last one is just weird). I am sad to admit that, when I first played this game, I was gullible enough to accept the first offer, which led to me taking damage.

And after this, we get something incredibly messed up, where Hooktail seemingly leaves the battle… only to then appear in the foreground where the audience is seated, and EAT several of them to regain health, leading to Mario and his party jumping into the now empty stands to continue the fight. This is such a wild swerve since something like this hasn’t happened for the entirety of the game so far. And without the audience, you can’t gain star power for some of Mario’s special attacks.

All of these things help make what could’ve just been a simple boss fight with a big dragon be a lot more memorable and enjoyable.