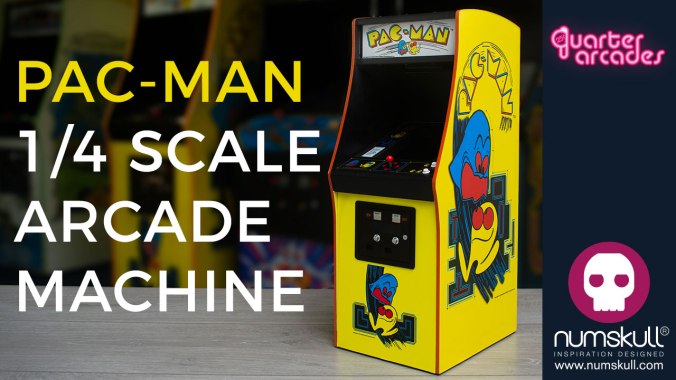 Last week, I was able to attend the launch event for a new range of miniature arcade cabinets by Quarter Arcades, a subsidiary of Numskull Designs – a site dedicated to making officially licensed merchandise like shirts, mugs, wallets and more based around our favourite videogame, movie and TV franchises. Basically, they make cool stuff, and I consider myself very lucky to have been invited to the event by their PR guy, Ryan Brown, who I was also able to chat with about their first arcade title and their upcoming plans for the range so I could write this very article.

As the range has just begun, there is only one arcade game available at the moment but it’s the classic and ever-popular Pac-Man. Makes sense considering this was one of the very first arcade games ever made and is still a tonne of fun to play even today in a world of HD graphics and orchestral soundtracks. If it wasn’t for the fact that there were other people there wanting to give it a play and I needed to be sociable, I might’ve sat there playing it for a good hour.

But I’m not here to tell you what the game’s about because, let’s face it, you already know, but I can tell you that it’s a perfect 1:1 recreation of the original title. In fact, it’s using the original arcade ROM. You know the infamous kill screen bug that occurs when you reach the 256th level? That’s in here. And the two player mode is still there if you have a friend you want to compete with. Even Bandai Namco (who have licensed the cabinet) have stated that it’s the “most accurate recreation of the original game.” So you can enjoy the classic, unaltered experience of making a weird yellow circle run round a maze eating small dots and ghosts.

This extends to the cabinet itself. Rather than be updated to something more recognisable, the artwork on the side is exactly the same as the original, and it even boasts fake coin slots on the front. There has clearly been a lot of care to make this thing as accurate to the original release, just smaller.

However, there are a couple of alterations. Don’t worry, there’s nothing there to tread on your nostalgia. They’re simply little quality-of-life changes – there is a built-in rechargeable battery so you don’t have to worry about stocking up on a bunch of AA batteries and a volume slider on the back in case you want to catch up on some podcasts or something while you play or sneak in a midnight session without waking anybody up.

You know what, for anybody out there desperate for the exact specific specs of this thing, I’m gonna list them here, courtesy of the press release I received:

If I had to criticise one thing, it’d be that the joystick is rather small so anybody with particularly big fingers may struggle using it. But considering the size of the cabinet itself, I can’t imagine it being made any bigger, otherwise it would take up too much space and go against the whole “authentic recreation” thing it’s going for. On the plus side, it makes a very satisfying clicking sound when used and was responsive. I had no trouble getting used to it and it always moved where I wanted it to, meaning Pac-Man moved in whichever direction I needed. My in-game deaths were never a result of poor control input.

I also probably wouldn’t recommend playing it whilst standing since the smaller screen requires you to look down (assuming you’re as tall as I am). Extended play-time could lead to a cramped neck. Fortunately, I found it much more comfortable to play while seated, with the cabinet placed on the table in front of me. If you’ve got a desk with some free space on it, you’ve already got a perfect set-up.

The most surprising aspect about it, though, is how light it is. I lifted it up to see how heavy it was and was shocked by how easily it came off the table, so moving it around the house will never be an issue. I hesitate to call it “portable” since it really isn’t (I wouldn’t recommend taking it with you to play on a bus or train journey) but I feel like, if you needed to, you could pack it away in a suitcase or something if you wanted to bring it with you on holiday or to a friend’s house or something.

Quarter Arcades intends on releasing more of these cabinets every quarter (get it?), with Galaga, Galaxian and Ms. Pac-Man already planned for next year, and they’re in talks with the likes of Konami and Atari to give their classic titles the same treatment. Since Numskull already have connections thanks to their merchandising rights, it shouldn’t be too hard to obtain these licenses. 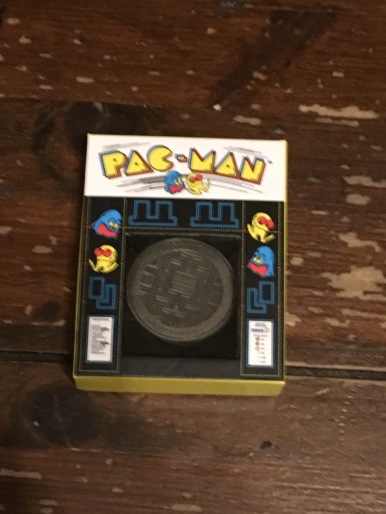 This cabinet feels like the perfect answer to retro gaming fans who always loved the idea of buying an arcade cabinet of their own but not having the money and/or the space for it. It only costs £150 and comes with a Collector’s Edition packaging and exclusive Pac-Man coin that can’t be found anywhere else. However, they won’t be in constant supply, with only 10,000 being made (for this one at least – maybe it’ll change depending on how well it sells?).

If you’ve got the cash and are a die-hard fan of this era of gaming or just enjoy the novelty of having your own arcade cabinet without it needing to take up a good chunk of your living room, follow the link here to the site and grab yourself one so that you can enjoy this nostalgic experience with modern-day benefits. 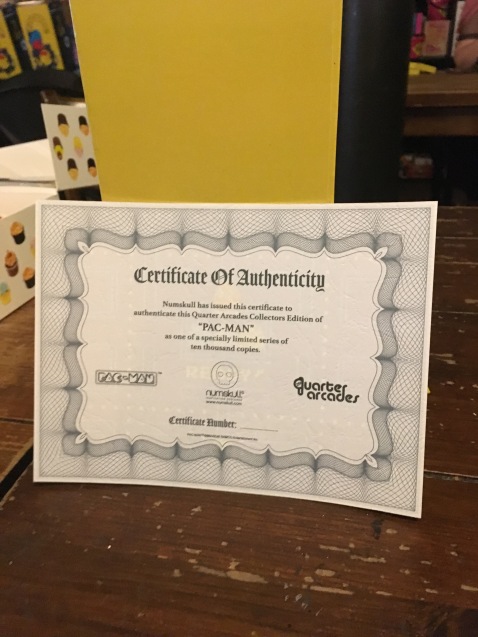