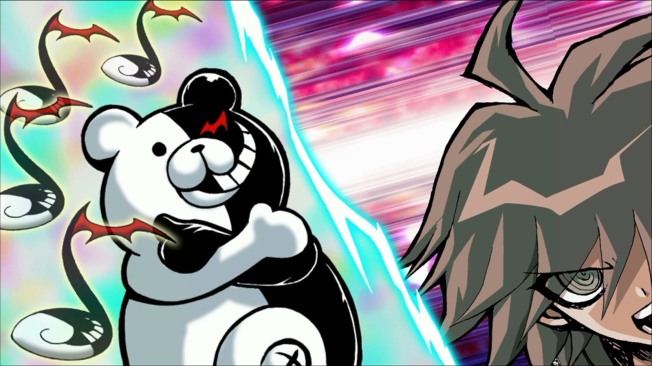 Junko Enoshima has revealed herself as the mastermind behind the killing game, as well as how all the students were close friends before she took their memories away. She’s even shown off the world outside and how it has completely succumbed to despair and embroiled in endless chaos. Junko provides the survivors with a choice – either she forces them to take their chances with the post-apocalyptic world outside or they can stay safely inside the school forever by sacrificing main character Makoto.

It’s a horrid situation; one that even leaves the stoic Kyoko and smug bastard Byakuya stunned into silence. But despite it, Makoto continuously states that no one is going to lose hope, and proceeds to turn this hopeless scenario around on Junko by instilling hope into his crestfallen comrades.

What I love about this scene is that, rather than just have it be in a cutscene or something, you actually have to play this scene, by turning Makoto’s ‘hope’ into a Truth Bullet and literally firing it at all of the other students. A bit on the nose, maybe, but this is the kind of symbolism I’m all for. And what’s even better is that it works. Somehow, Makoto’s sheer optimism and belief convinces everybody else. They all gain the resolve to defy Junko, and she can’t handle that. 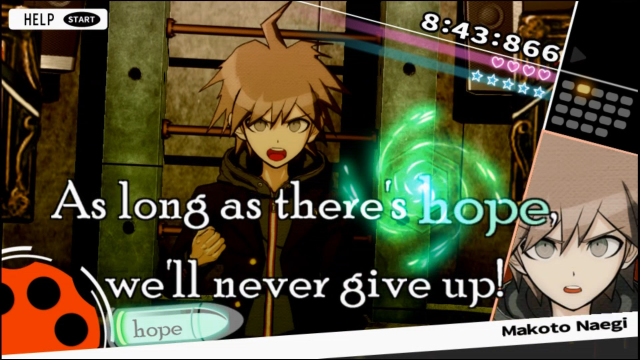 Junko has been in control of the entire situation since before the game even started and, for possibly the first time ever, she loses that control – all because some ordinary high school student refused to succumb to the despair she set on him. She straight up even yells “What the hell are you?!” Notice the choice of words there – not ‘who’ but ‘what,’ as if she can’t comprehend that any human being could be capable of what Makoto’s doing. And then it all ends with one last Truth Bullet labelled ‘The Ultimate Hope’ literally smashing through Junko’s argument.

Without most of the context, I doubt people who haven’t played the game would understand how amazing this scene is. But for me and no doubt my fellow Danganronpa fans, this was an awesome climax to the game. Between the dialogue, the music and Makoto officially earning his title of Ultimate Hope, this is undeniably the best moment in the entire game and proves that sometimes all you need to beat the bad guy is a strong argument and a desire to keep moving forward. 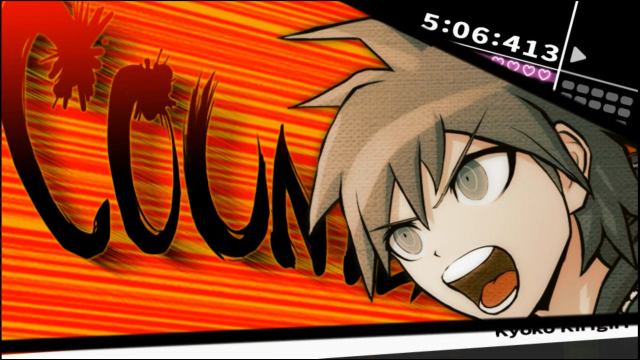