So, yeah, remember several months ago when I wrote an article about what Nintendo franchises should get movie adaptations? Well, if a recent interview with Nintendo’s President is anything to go by, Nintendo will also be expanding into other markets – including anime.

For years, fans could only dream of seeing their favourite Nintendo characters appear in this format (with many fan artists having their own goes at it). Of course, it’s not like Nintendo are inexperienced in this kind of thing. Let’s never forget the Mario and Legend of Zelda cartoons, but the quality of those shows were… questionable at best and flat out terrible at worst. Hopefully, in this modern era, Nintendo can make the right choices to create new adventures for its beloved characters.

For now, though, let’s open the floodgates for discussion as I list some franchises that I think would make either great or, at the very least, enjoyable anime. 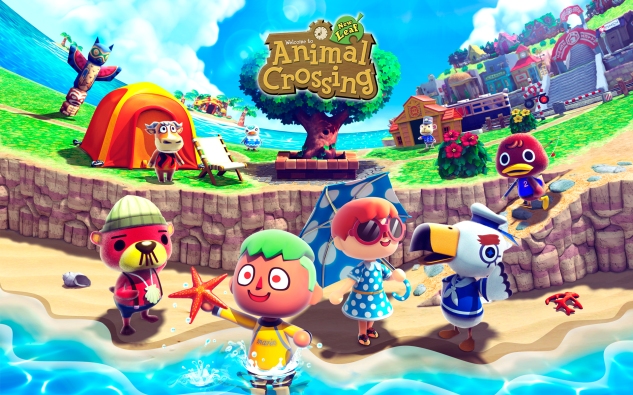 Bet you weren’t expecting this, were you? You were? Oh… anyway, when I was going through all of Nintendo’s IPs in order to make this list, I figured that Animal Crossing would make a pretty decent choice. It already had an anime movie back in 2006 so why not a whole series?

While it may not lend itself to something very action-heavy or story-driven, I reckon it’d be the perfect slice-of-anime. The series has always been about the player’s exploits in their town and their interactions with the villagers; you could easily make a simple and cute series all around that. And with such a large cast of characters to work with, there’s a lot of story possibilities.

It may not be peoples’ first choice but fans of the series could very easily get suckered in by its cosy charms.

Oh my Gods, how many times am I going to bring this game up in these lists? First the movie one, then the Platinum one, now here?! I guess this makes this a testament to how well Kid Icarus (or more specifically Kid Icarus: Uprising) was designed if it can be easily translated to other formats.

I wouldn’t call Uprising story heavy but it was most definitely dialogue heavy. There was a lot of talking going on as Pit zipped from one location to another, trading banter with Palutena and the rest of the cast. With all these established characters, I don’t think it’d be hard to create a series around them. And as I’ve stated in the movie article, three animated shorts were made to coincide with the game’s release, so there’s already some experience there.

The question is, though, what kind of show should they do? Do they go for an ongoing story with intense action and deep characterisation or something much simpler with more of a comedic focus? Given Uprising‘s humour, a series composed of self-contained stories could work just as well – one of those shorts I mentioned was all about Palutena trying to cook dinner and accidentally bringing the vegetables to life. It was really dumb.

Regardless, if a Kid Icarus anime does get made, I certainly wouldn’t mind giving it a look. I mean, it’s not like they’re going to make a new game anytime soon. 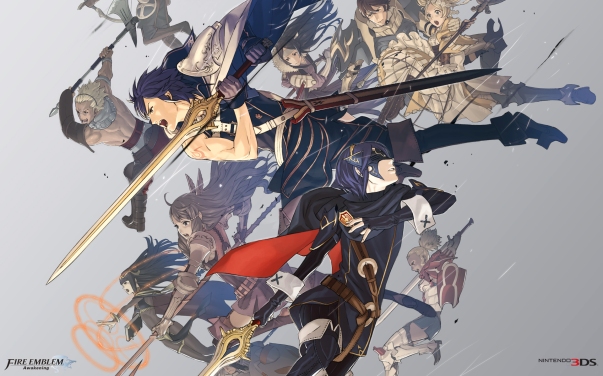 You young ‘uns might not know this but there was a time when Fire Emblem had barely any presence in the West. The series began in 1990 but the first game to be released outside of Japan didn’t come out until 2003, and that’s only because a couple of characters appeared in Super Smash Bros. Melee and became super popular. Nowadays, Fire Emblem has become a much more recognisable name and Nintendo has slowly been pushing it as one of their main series. So I don’t think it’d be that surprising to see this get the anime treatment, especially considering how… ‘anime’ it’s arguably become, if you know what I mean (looking at you, Fates).

Again, there’s so many ways they can handle it. Do they adapt the story of one of the many games within the series? Maybe tell a new story with familiar characters? Or something completely original, with a new land and a new cast? Or even go the slice-of-life route – shorter episodes with more of a focus on character interaction than plot or action.

There’s a lot of potential for a series such as this and maybe an anime would truly cement it as one of Nintendo’s main franchises. 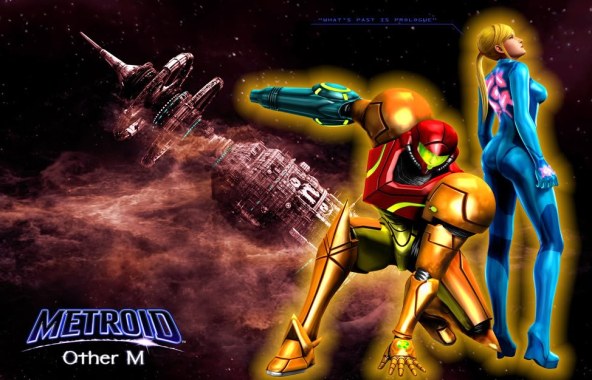 Oh Metroid. When it comes to cool ideas, you always seem to crop up yet Nintendo is fine just keeping you in a box for several years. Despite there being such a high demand from fans for a new adventure with the galaxy’s greatest bounty hunter (suck it, Boba Fett), Nintendo hasn’t released a new game since 2010. Yeah, there’s Federation Force coming out this year but that’s more of a spin-off title. If Nintendo aren’t going to make a new, main series game anytime soon, maybe an anime series can keep people satisfied until they do.

It’s not like Metroid hasn’t had more detailed stories before, aside from Other M. Metroid Prime 3 saw Samus working alongside other bounty hunters and the Galactic Federation to stop Dark Samus, and there have even been manga that focused on Samus’ origins and one where she teamed up with a small boy who wanted to fight space pirates (that was kind of cringe-inducing). With a good animation team and writers, however, I reckon a Metroid anime could not only satiate fans’ desires to see Samus again, but maybe even help introduce her to a new crowd and bring Metroid back into the public conscience.

It’s all just speculation but as somebody who’s not even a big Metroid fan, I would totally be down with a dark, potentially gripping series with Samus exploring strange worlds and battling all manner of threats, with maybe a bit more insight into the mind of Nintendo’s original action heroine.

5. The Legend of Zelda 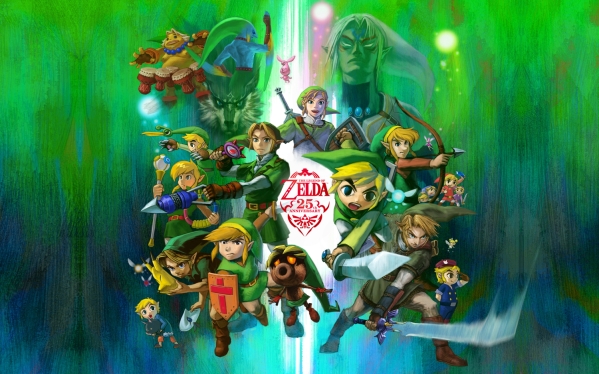 Would it be safe to assume that this franchise is one of the first ones to pop into peoples’ heads when this topic is brought up? I think so. I’ve already written about the potential a Zelda TV show could have, and those points still stand here, even if it’s a slightly different format.

There’s just so may ideas and stories to be told here. Something original? A more fleshed out adaptation of one of the games? Honestly, I just don’t want it to be like the old 90’s cartoon. I don’t want forced jokes and exaggerated ‘goofy’ personalities. For me, personally, I want deep plot and characterisation. I want a balanced tone; something that can be lighthearted one scene but dark and emotionally heavy the next. And hopefully a mute Link. Not because I’m against the idea of giving him a voice but because we so rarely see silent protagonists in TV and such. I just think it’d be interesting. 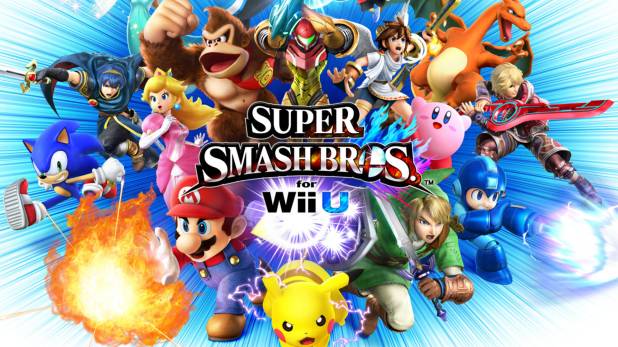 When it came to choosing franchises for this list, I tried to keep things in the realm of possibility; ideas that have a relatively strong chance of happening. This isn’t one of them but damn it, I can only dream.

I know I’m not the only one that would kill for a Super Smash Bros. anime, especially after Palutena’s reveal trailer for the fourth game (seriously, check it out). The series has spawned so much fan-fiction and fan-art of its cast interacting and for good reason; it’s an awesome idea. Taking characters from such disparate franchises and putting them all together in a room creates so many possibilities for cool fights or humorous conversations. And with the latest game’s impressive cast, a Smash Bros. anime could be the best it could possibly be.

While my dream anime would be some super, mega, epic story that has the heroes teaming up to fight the villains or some new threat (like Subspace Emissary but 100x more awesome and detailed), I’d also be down with the ‘slice-of-life’ style I’ve mentioned already. Again, several fans have already played with the idea; Brawl in the Family and Awkward Zombie being two prime examples. These two web-comics have gifted us with scenes like Captain Falcon and Samus going on a date, and Marth reacting to meeting his descendant, Lucina – from funny to bizarre and even occasionally touching, the amount of situations you could put these characters in is limitless.

Nintendo’s library of characters and worlds is vast. To not take full advantage of that would be a mistake, and a Smash Bros. anime would fill a void in peoples’ hearts that some might not even know exist.

One thought on “Six Nintendo Franchises That Should Get Anime Adaptations”