Kingdom Hearts may have tested my patience quite a few times over the years and the complete lack of Kingdom Hearts III info makes it hard to get excited for it. Despite that, whenever new details do emerge, showing off what Disney characters and films will be represented, we’re going to get hyped – no matter what. There’s just something inherently exciting about seeing which characters we’ll be able to interact with and which worlds we’ll explore. So, here’s a list of what worlds I would personally love to see in a future Kingdom Hearts game, whether it be KH III or in the next saga.

This is a film that I didn’t actually watch until earlier this year. I had heard decent things about it so I bought the DVD on a whim and, fortunately, found myself really liking it. So naturally, I want a fifteen year-old boy with spiky hair and a giant key running about in it.

This is arguably one of the more ‘down-to-earth’ entries in the animated canon. Yeah, it’s about the mouse equivalent of Sherlock Holmes trying to stop a rat from taking over the country (well, the mouse country) but it’s a world devoid of magic, so introducing the Heartless would put a delightfully bizarre spin on things. Plus, who wouldn’t want to explore the cities of London from a mouse’s perspective? A final battle against Ratigan in Big Ben would be amazing.

Anyone who’s watched Treasure Planet will tell you how incredibly under appreciated this film is. It did poorly at the box office and thus was written off as a failure, despite the fault lying with the advertising and that somebody thought it was a good idea to release it on the same week as the second Harry Potter film. In actuality, Treasure Planet was surprisingly good.

While it has seen success in DVD sales, seeing it added into Kingdom Hearts would feel as a sort of apology to it; an acknowledgement that it is worthy of existing alongside all the classics like Beauty and the Beast and The Lion King. That, and it’d be a great chance to revisit its setting and characters. We could also have a mini-game segment involving riding on those solar sailors. As long as it isn’t like the Rumble Racing from Birth by Sleep, that could make for a nice, little distraction. 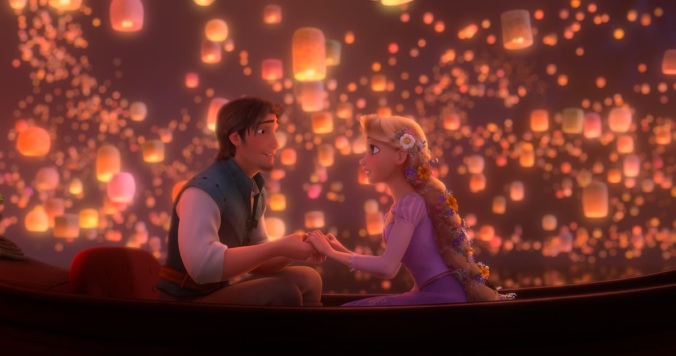 I’ll be honest, when thinking about this list, I wanted Tangled on it just because I love it so much. But I can’t think of a way it could work in the context of the series. I suppose it could just be a simpler world to explore, kind of like some of the worlds in KH II, and there’s really nothing wrong with that.

I just want to see Sora, Donald and Goofy journey alongside Rapunzel and Flynn. Maybe have Mother Gothel gain control of the Heartless? Maybe her tower gets corrupted by the Heartless somehow and becomes the boss? (Hey, we’ve fought the pumpkin carriage from Cinderella) Oh, and Rapunzel should totally be a party member, using her frying pan and hair as weapons. That’s really part of the joy of Kingdom Hearts; it lets us experience these stories in a new way, and Tangled is definitely one I want to experience again.

It doesn’t matter which film it is, I want Toy Story to appear in the series in some capacity. In fact, Woody and Buzz were planned to be summons in Kingdom Hearts II, and now that Disney actually owns Pixar, there’s really no excuse. It’s arguably Pixar’s most popular franchise and what child of the 90’s, or even of the 00’s, wouldn’t want to fight alongside Buzz Lightyear?

And like I said, whichever film they go with, there’s still plenty of cool locations to set it in and moments to experience. If it’s the first film, we could explore Pizza Planet and Sid’s grotty bedroom. If it’s the second, we could get to run around in the airport’s baggage transfer and battle Zurg. And if it’s the third one, we can finally give that piece of shit bear the beating he deserves.

While I love Monsters, Inc, it was never one of my first picks to appear in Kingdom Hearts until my cousin pointed out that it would be a perfect fit for the series. And that reason is also surprisingly simple. Kingdom Hearts has mentioned doors a number of times. What also frequently appears in Monsters, Inc?

Think about it. What if the monsters had access to all manner of worlds via those doors, not just the human one? Maybe it could act as a central hub of sorts in a future game? What if Randall and Waternoose plan to use the Heartless as a workforce, risking turning the children they attack into Heartless? What if Sulley used to scare Sora when he was a kid? And Sora spends his time there sort of freaking out because he may be able to stand up to the forces of darkness but a big blue kitty still scares him. I just feel like there’s a lot of potential here. Make it happen, Nomura!

Again, I frigging love this movie. That’s the only reason I want it in Kingdom Hearts. Not only that, but there was concept art for a cancelled KH title that showed off a Wreck-It Ralph world, primarily taking place in the Sugar Rush game so the idea exists (there also seemed to be some Tangled concept art too). Obviously, they wouldn’t be able to feature all the videogame cameos like in the film, which some would say was what made the film so good in the first place. I argue, though, that the cameos didn’t define the film. They enriched it, but it was never about the cameos – it was about Ralph and his exploits, and the original characters are great on their own.

They could also connect the game to Sora’s own experiences back on his island. Maybe there was an arcade he went to a few times and there was a Fix-It Felix, Jr cabinet there? The series has had cross-world interactions before so this wouldn’t be completely strange. Barring that, we could actually play Sugar Rush itself as a mini-game, and battle the Cy-Bugs alongside Ralph and Calhoun and even take on that King Candy/Cy-Bug hybrid. I remember seeing that thing for the first time and thinking “I would love to fight that in Kingdom Hearts.” That’s not too much to ask for, is it? (Probably)

I may not have given Big Hero 6 the most glowing of reviews last week, but despite my apathy towards the film, I wouldn’t be opposed to seeing the team appear in Kingdom Hearts. I remember seeing some fanart and, for whatever reason, I was really drawn to it.

It all boils down to the possibilities. Getting Baymax as a party member (or maybe a summon?), fighting Yokai and his swarm; maybe he even becomes a Heartless? Or at the very least gains control of them. Sora and co. could even mistake him for a member of Organisation XIII given the black coat. Being able to properly explore San Fransyoko could give me a greater appreciation for its design. We haven’t really seen many of Disney’s more recent stuff appear in the series and I think Big Hero 6 would be a welcome addition. 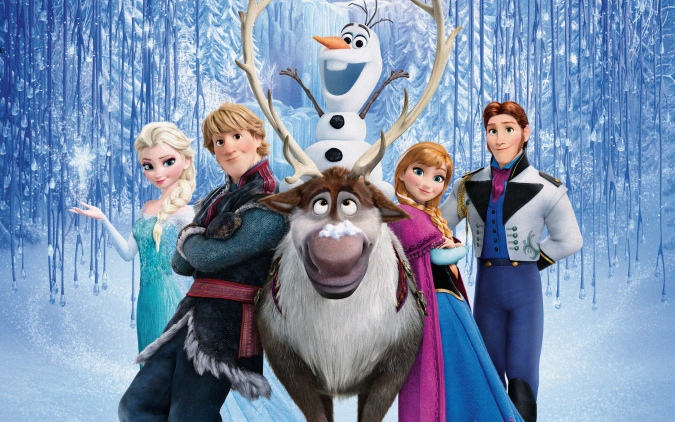 Let’s face it: Frozen being in Kingdom Hearts is an eventuality. Maybe not in the next game (apparently one of the directors has debunked it) but it will appear at some point. And despite what you might think, I actually really want to see it happen for a good number of reasons.

Firstly, the music. While the films’ songs tend to not be worked into the games, there have been some exceptions. Halloween Town’s theme was an instrumental version of This is Halloween and Port Royal’s battle theme was the main theme for the Pirates of the Caribbean films. And then there was Atlantica in KH II but… we don’t talk about that. So what’s the excuse to not include Let It Go or Do You Wanna Build a Snowman in some capacity?

Second, Elsa could be a party member. She has magic powers and this would be the perfect opportunity for her to kick some ass, taking down the Heartless by summoning icicles from the ground or firing a stream of frosty death from her hands. Also, Hans boss fight. Maybe not Hans himself but him riding a giant Heartless like Clayton did in KH I.

I doubt all, if any, of these factors will appear but regardless of what I think, Frozen in Kingdom Hearts will happen. Accept it.

When Marvel got bought out by Disney, several people began to suggest the possibility of some of Marvel’s superheroes appearing in Kingdom Hearts. I was against such an idea on the grounds of it being ‘too stupid.’ Then I realised something: Kingdom Hearts is already stupid. It’s a series that’s seen Mickey Mouse wearing a hooded cloak, Jack Sparrow stand alongside Donald Duck and the main heroes of Final Fantasy X-2 appear as pixies. We already revel in its stupidity so why not add Marvel?

Not to mention, Marvel has such a wide range of characters that could appear as party members or summons. You could probably have an entire game composed of nothing but Marvel characters. We could team up with Spider-Man, Wolverine, any of the Avengers and fight against the likes of Dr. Doom, Green Goblin, Loki – the list can go on. Sometimes, we just want to see and do cool stuff and teaming up with Marvel superheroes to fight their respective villains would be pretty god damn cool. 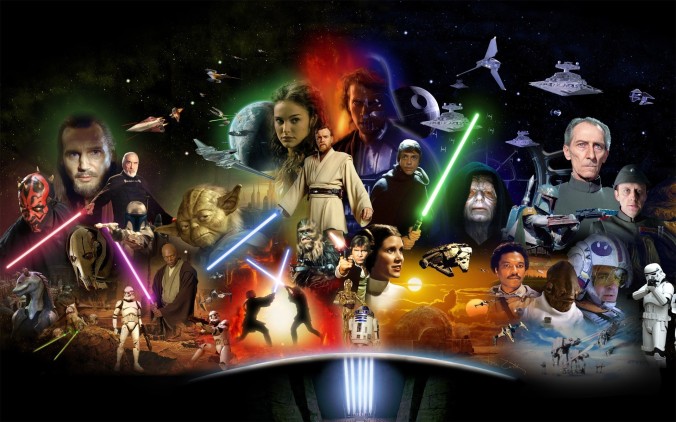 My reasoning for this is the same as Marvel. It sounds goofy but that is where the joy comes from. Just picture Sora, Donald and Goofy just casually chatting with Luke Skywalker or Han Solo. You want to see it happen now, don’t you? Don’t lie. Besides, Kingdom Hearts has drawn a bit of inspiration from Star Wars at points. Xemnas’ weapons are clearly lightsabers and Mark Hamill even voices a character in Birth by Sleep, a title that has a plot eerily similar to the Star Wars prequels.

Not to mention that the idea itself isn’t a completely strange one. Disney Infinity has let players take control of all manner of characters from Disney and Marvel, and will soon be adding Star Wars. It’s silly and everyone involved knows it – that’s what makes it fun. But it also offers such awesome ideas – imagine taking on a battalion of Stormtroopers, fighting the Heartless alongside fan favourites like Chewbacca or even the cast of the upcoming Episode VII. Imagine a one-on-one fight against Darth Vader. That alone would justify including Star Wars. Tetsuya Nomura has said he’d love to include the series; it’s just a matter of when.

One thought on “Ten Worlds I Want in Kingdom Hearts”