With the announcement of a ‘Pokémon’ fighting game being developed by Namco Bandai, there is much excitement to see which mons will make the cut, for good reason. Even as someone who sucks at most fighting games, being able to control some of my favourite Pokémon in a ‘Tekken’ style fighter is something I can totally get behind. So, here are my personal picks of potential playable Pokémon.

Hitmontop has always been one of my favourite Pokémon ever. I don’t know why; maybe the whole concept of a Pokémon that fought by spinning on its head fascinated me as a kid and I just haven’t let go of that. But that very idea is what makes it a perfect contender for this game.

It already has a unique fighting style, and as a Fighting type, it could probably duke it out both upside down and right way up. Maybe it could have interchanging fight stances that it can switch between. Surely, the image of seeing Hitmontop shoot across the stage at ridiculous speeds on its head appeals to you. The whole spinning thing could even make it a great juggler. Personally, though, I just want a chance to control one of my fave Pokémon.

How can someone not like Hawlucha? It’s a luchadore bird! It’s the first dual Fighting and Flying type! That’s seriously cool in my books. Fortunately, I don’t seem to be alone in this; Hawlucha has become quite the fan favourite, which makes its chances of appearing in ‘Pokkén Tournament’ quite high.

Its small stature means it’ll have great agility, making it hard to hit, and it also possesses some really strong moves like Sky Drop and the much loved Flying Press, maybe having great air manoeuvrability as a result. Hawlucha’s design creates an image of pure awesome in our heads which the main games can’t really put across. Here, with a 3D model that isn’t limited animation-wise, we might just be able to see that grandeur befitting such a Pokémon.

Since the developers have confirmed that non-Fighting types aren’t exempt from the game, I think it’s safe to say that something like Garchomp can make an appearance. The thing was considered God-tier for a long time, and was probably the most feared member of Sinnoh Champion Cynthia’s team.

Aside from being incredibly popular, its combination of Ground and Dragon makes it a powerhouse, and according to Pokédex entries, it’s ridiculously fast. Its sharp claws can deal multiple hits and painful damage to its opponents; it could be able to use Sandstorm to help raise its evasion due to its Sand Veil ability, and it also has access to a Mega Evolution that gives it bad-ass scythes for hands. If it gets in, hopefully it won’t be as broken as it once was in the main games. 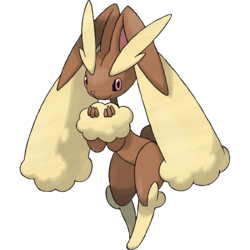 Lopunny is admittedly not one of my favourites. I don’t dislike it; it just doesn’t grab me design-wise or typing wise (there are very few Normal types I’d actually use). But, given the roster so far, as well as the choices on this list, I’d say ‘Pokkén Tournament’ could use a more feminine touch.

It has the ability Cute Charm so maybe it could be quite a tricksy fighter, capable of making its opponents fall in love with it and unable to fight. Plus, even though it’s just a Normal type, its bipedal design lends it well to a game such as this and its typing means it could possess a wide range of moves like Ice Punch and Jump Kick, making it a jack-of-all-trades character perfect for beginners. It also recently gained a Mega Evolution that makes it part Fighting, meaning it could gain a massive attack boost to go with its speed. And if type advantages have no bearing on the game, I’d love to see Lopunny beat the crap out of a Machamp.

I was originally going to put Greninja on this list, but since it’ll be representing the sixth Generation in ‘Smash Bros,’ I decided to turn the focus towards Chesnaught. While I admittedly found myself using it less and less during my ‘Pokémon Y’ journey, I reckon it’d be an interesting choice for ‘Pokkén Tournament.’

For starters, it’s both Fighting and Grass type, so it has access to its own unique set of moves, such as Seed Bomb and Wood Hammer. It also has the move Spiky Shield which only it could learn; it could act as a counter move of sorts. Aside from that, it’s a bulky fighter, meaning it could tank a lot of attacks before dealing its own punishment, as opposed to the more nimble Pokémon on this list. It might even gain a bit more popularity with any luck. I think the thing needs some love. 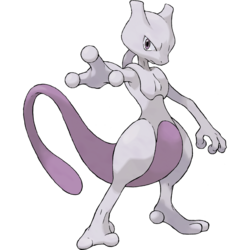 This list has been filled with very physical fighters; let’s throw a complete oddball in. And since it seems Mewtwo won’t be coming back for ‘Smash Bros’ anytime soon, the beast that once owned the title of the World’s Most Powerful Pokémon deserves (or possibly demands) a slot in the roster.

Since it’s a Psychic type, it could use more technical attacks, capable of attacking from a distance and teleporting around the arena to confuse the opponent. And since it has access to two Mega Evolutions, players can switch between three different fighting styles; Mega Mewtwo X could be a more physical fighter while Mega Mewtwo Y could possess powerful Psychic attacks that deal a lot of damage but be unable to take as many hits. Let’s face it; if any Legendary is gonna make the cut, it’s going to be this guy. 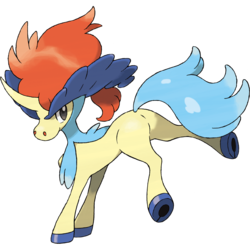 Okay, one more Legendary. We also need a Water type on this list, and if it’s not gonna be Swampert or Samurott, let’s at least make it Keldeo, especially since it’s part Fighting.

It may be a tricky character to learn since it’s on four legs, but it can be great at dodging and it could buff up its attack using Swords Dance. It also has the unique move, Sacred Sword, which has the added effect of allowing Keldeo to transform into its pretty cool looking Resolute form. I’ve always thought that the water element is kind of unrepresented in fighting games; you’re always seeing fireballs being thrown about. With something like Keldeo, we could get some miniature waterfalls drenching the battlefield.

Between Scyther and its evolution, Scizor wins just in terms of design. It’s so sleek; the kind of Pokémon people use simply because it looks cool, and being able to control one in ‘Pokkén Tournament’ would be pretty frigging cool.

Being both Bug and Steel type means that it could be an interesting combination of a fighter that can move fast to avoid hits, but have the defence to take hits. It could even have temporary flight. Plus, its claw hands mean it could have some painful grabbing moves, which could be even more painful should it Mega Evolve. Give it some kickass sound effects to accompany it and Scizor may just get even more popular.

I think we need to have a grappler kind of character in the roster, and my vote would be for Pangoro. I mean, I’m kind of biased towards pandas, and this is a pretty badass looking panda.

It has a wide range of attacks suited to this kind of game; Circle Throw, Vital Throw, Sky Uppercut and its own unique move Parting Shot, which could temporarily lower the opponent’s attack. Pangoro can be all about getting in close and grabbing the enemy, meaning that experienced players will have their opponents constantly backing away in fear of the most awesome fictional panda.

Every fighting game needs a joke character. ‘Street Fighter’ had Dan Hibiki; ‘Marvel vs. Capcom’ had Roll from ‘Mega Man;’ ‘Pokkén Tournament’ should have Togepi. Why? One word: Metronome.

Metronome allows a Pokémon to use any move. I repeat: ANY move. A whole moveset can be made around this one attack, and it’s best suited to Togepi. In a game alongside the likes of Blaziken and Lucario, who wouldn’t want to see the tiny Togepi pull off Sky Uppercut or Rollout or even Hyper Beam? Admit it; you want Togepi in this game now. In a game filled with vicious fighters and powerful psychics, this tiny Fairy will be the one left standing.

One thought on “Ten Pokémon That Should Be in Pokkén Tournament”