2019 is officially behind us and it was certainly a strong year for videogames, with a number of critically acclaimed titles like Sekiro: Shadows Die Twice, Disco Elysium, and the Resident Evil 2 remake being released.

However, it was another year of the industry showing how ugly it could be. Lootboxes and in-game gambling mechanics have become so much worse, crunch culture continued to be responsible for some big-budget titles like Red Dead Redemption 2, and let’s not forget the Activision Blizzard/Hong Kong debacle.

With any luck, 2020 will offer better things; it’s certainly got a strong line-up of games to look forward to. So, how about we just get right to it – here are the ten games I’m most excited to play in the coming year. 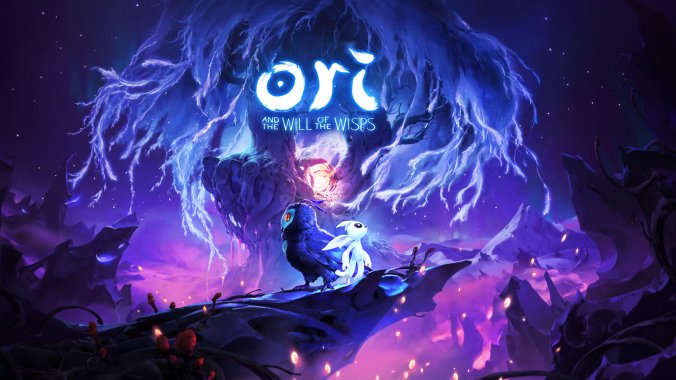 I’m kind of cheating with this one since there’s a strong chance I may not even play it since I don’t own an Xbox or PC. But, I am currently playing its predecessor, Ori and the Blind Forest, on Switch and while I have yet to complete it, I am low-key hoping that the sequel will eventually see a Switch release, especially given Nintendo and Microsoft’s strong working relationship.

The first game drew me in with its incredible visuals and music and, honestly, I’d be fine if Will of the Wisps was simply more of the same, continuing the relatively minimalist and surprisingly emotional story, though retaining the tight platforming and Metroidvania exploration will help too, with maybe some quality of life changes that help make it all the better. Microsoft’s E3 conference this year kind of made me jealous that the Xbox was getting some really cool-looking and unique indie titles – 12 Minutes, RPG Time: The Legend of Wright, Way to the Woods, and Spiritfarer. So I was very pleased when that last one was confirmed to be coming to other platforms.

Management-type games tend to not interest me but Spiritfarer quickly hooked me with its initial trailer, showing off lovely and lively 2D visuals, a bunch of colourful characters to fall in love with, and a promise that it would break our hearts when we send them off to the afterlife.

Time will tell whether Spiritfarer will manage to hit those emotional beats successfully, but the fact that its less than two minutes long trailer already got a number of us tearing up even a little bit makes me think it will. 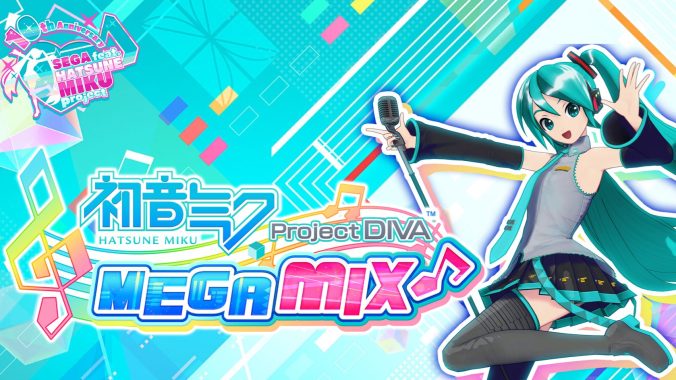 It feels like it’s been years since I last played a Hatsune Miku game, and it probably has. I was never able to get into the console titles since it feels more natural to me to play rhythm games on a handheld, so the announcement of a Switch title makes me very happy indeed.

I’m honestly not expecting much from this one, but it doesn’t really need to do a lot to please me. So long as I get a bunch of awesome, varied songs to tap along to with a decent challenge and fun customisation options, I’m sorted.

And that’s exactly what the game’s offering and then some, with 101 songs, comprised of new ones and old favourites, updated visuals, and the ability to make your own T-shirts for Miku and friends to wear. My train journeys for the next year are about to get funky all over again. 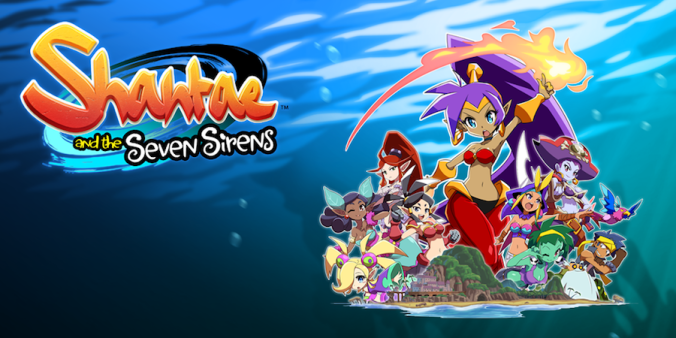 This game’s technically already out, since the first part of it is available on the Apple Arcade, but the full game will be released this year. I only got into Shantae a couple of years ago and, while not revolutionary as far as 2D platformers go, the series has fun gameplay, fun characters, and enough unique aspects (like Shantae’s transformation dances) to engage me. And this fifth game looks like it’s got some cool things in store.

Returning to the style of the first three games, we’ll be exploring an interconnected world with dangerous dungeons to traverse and fancy, new abilities to take advantage of. Honestly, the most interesting part, for me, is the inclusion of other half-genies for Shantae to save. While story’s never been a major selling point for the series nor the number one focus, the possibility of some extra world-building has me intrigued. 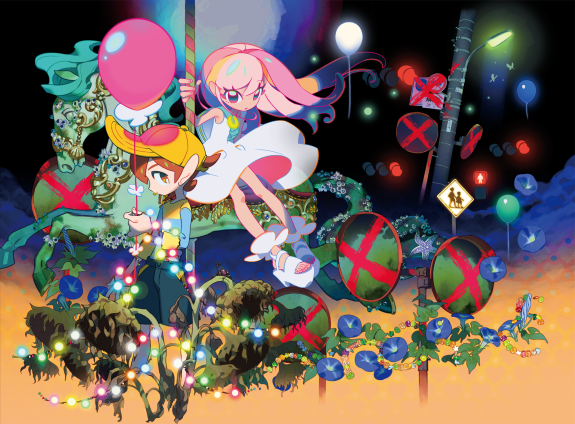 The moment Kazutaka Kodaka and Kotaro Uchikoshi, the respective creators of Danganronpa and Zero Escape, joined up to form Too Kyo Games, I was very much on board for whatever these two were gonna come up with. They’ve already got a few projects in the pipeline but, for the time being, my focus is solely on Death March Club.

Taking a bunch of children and throwing them into a life-or-death game may be something we’ve already seen before, but let’s be real – Kodaka and Uchikoshi are really good at writing these kinds of stories. And besides, this is apparently their last time doing something like this, so there’s bound to be enough surprises in store for us who have played their previous games and are used to the formula.

With a much more cartoonish art-style and fantastical elements, this one’s bound to be just as bizarre and horribly gruesome as we might expect. My only real concern comes from the gameplay, what with it being a side-scrolling puzzle/platformer. It looked very basic in that first trailer, but to be fair, it’s still early days. And even if the gameplay isn’t particularly impressive, I’m confident its plot and writing will at least give players a lot to discuss. 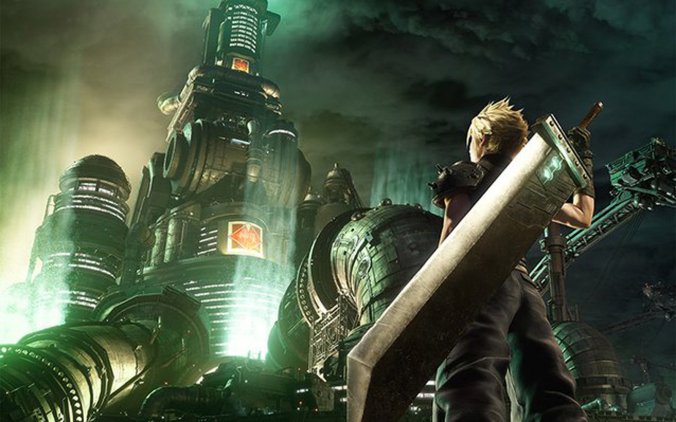 I may not have any nostalgia for the original Final Fantasy VII, but even I can’t help but be excited for this fully-fledged and long-demanded remake. While there is a discussion to be had about whether splitting it into “parts” is warranted or just Square Enix being greedy, everything about it so far looks like the hype is actually justified.

This first part seems to not only cover a good chunk of the plot, but expand it in a number of welcome ways, as well as further flesh its cast out, who already have a lot of personality. On top of that, the gameplay will cater to action game fans and those that prefer turn-based combat, and I know everyone else has been saying it but, damn, it looks so pretty.

I probably won’t end up playing it this year since I’d like to complete the original game first, and it’s still possible that it won’t be worth touching until the whole project is completed, but this dream title is looking to not be the result of a monkey’s paw wish and be everything and more that fans have wanted. 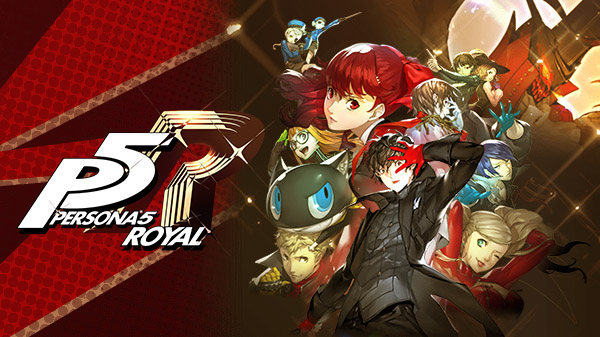 “We’re making the exact same game again, but with some extra content, and releasing it only three years after the original. Pay us £80 for the special edition you don’t need.”

Yep, even though we should probably all hate the existence of Persona 5 Royal, we’re all ready to throw our wallets at Atlus anyway. Much like Persona 4 Golden, P5R is basically Atlus improving on what was already a stellar RPG and, to its credit, it almost looks like a completely different game.

New battle mechanics, new music, reworked dungeons, story additions that could potentially address certain issues, and a whole new party member – if you skipped Persona 5 the first time, you have no excuse to not give Royal a shot. 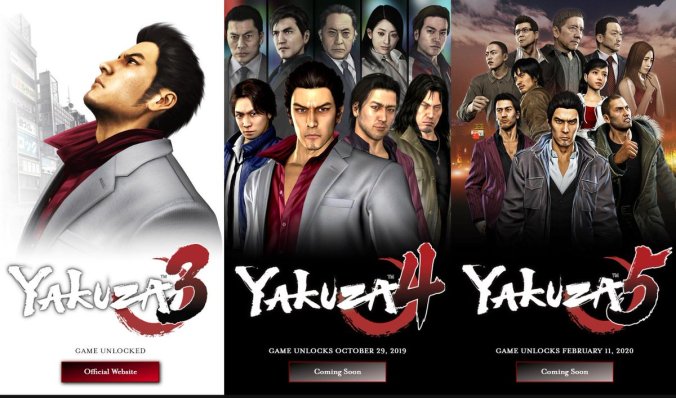 Hey, you want to hear something funny? I bought original versions of Yakuza 3, 4, and 5 on PS3 this year, and then Sega decided to announce remastered versions for the PS4, specifically to mock me. Once my irritation settled, however, I became appropriately excited.

Yakuza 3 and 4 are available right now digitally, with Yakuza 5 planned for release soon, but I’m planning on getting my hands on the limited physical release, since Yakuza 5 has only ever been available in the West as a digital title. Also, Yakuza 3 now has all the cut content that was removed in its initial release, so we’ve essentially got the full, definitive game this time.

These three are all admittedly flawed in a number of areas, but with the Yakuza series having grown in popularity over the years, I’m simply happy to see these games be more accessible now and for the opportunity for more people to dive into its crazy world and Kazuma Kiryu’s adventures. 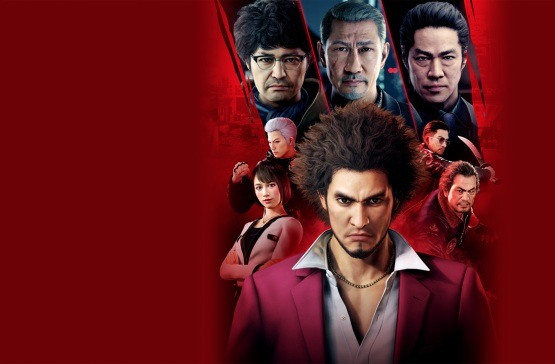 Also known as Yakuza 7, what could’ve been just another Yakuza game (albeit one without Kiryu as the star) is looking to be a very interesting diversion for the series. Replacing the beloved beat ’em up gameplay with turn-based RPG combat is a bold direction and one I respect, and will certainly help this new game forge its own identity separate from the previous ones.

Nearly everything that’s been revealed has brought a smile to my face. The different classes for your party members (like host and dancer), Final Fantasy-like summons (e.g. a bunch of lobsters), minigames like go-karting, and a new cast that I’m very excited to learn more about and spend time with. Sure, previous characters will make cameos but I want to fall in love with a new band of heroes and see how they join together.

I think just seeing how all these RPG elements are being incorporated into a modern setting, with no magic in sight, is both interesting and charming. And even if this ends up being the only Yakuza RPG they make, I’m confident it will remain a beloved memory to a lot of us afterwards. 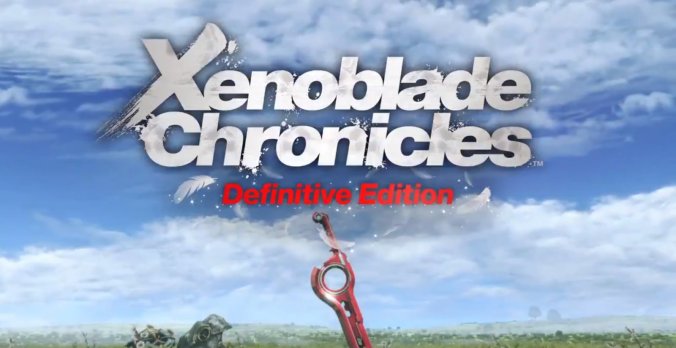 Xenoblade Chronicles is my favourite game of all time. But I will admit, it’s not one of the prettiest games out there (and I personally like the graphics and think it looks amazing for a Wii game). In 2011, I told myself that if Nintendo and Monolith Soft ever released it again but just with updated visuals, I’d buy it in a heartbeat. And now they’ve called my bluff.

Seriously, if this was the exact same game, I’d still happily get it again. But that subtitle of “Definitive Edition” raises a lot of questions. While we still know very little, that announcement trailer did hint that there will at least be new content in the form of a new area, possibly one that was cut from the original game. But what else could there be?

New gear? New weapons? New abilities? Maybe even new plot details? They could add that one short story that addressed a slight plot-hole, or a new epilogue section, or even some stuff that helps tie it into Xenoblade Chronicles 2? What about the combat? Will it play exactly the same? Will it be more like XC2? Or a hybrid of the two?

Regardless of what changes and what doesn’t, I am simply thrilled that I will get another chance to play through my favourite game again, and that more people may discover that they love it as much as I do.