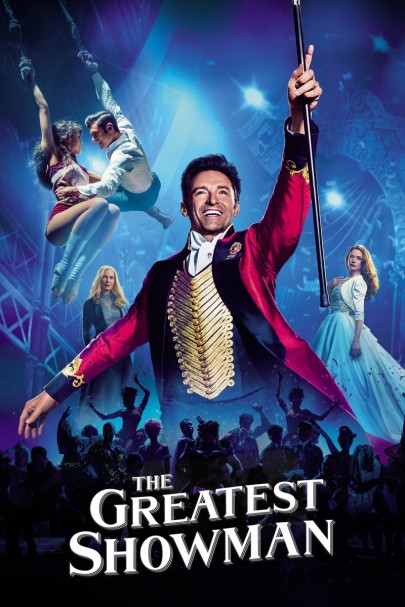 So is The Greatest Showman a cinematic marvel that deserved all of the Oscars? Is it a raging dumpster fire and offensive to the very senses? Or is it kind of mediocre and everyone’s just overreacting and making a big deal out of nothing? 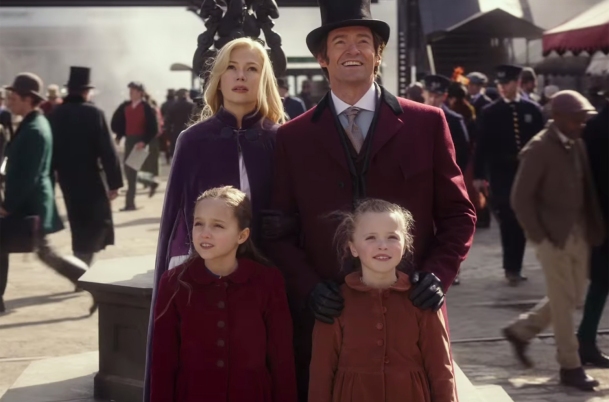 For those who don’t know, The Greatest Showman is a musical based off of the life of renowned showman P.T. Barnum (played by Hugh Jackman), who founded the Barnum & Bailey Circus (Wikipedia it if you want to know more). And this is kind of my first problem with the movie since, rather than focus on one particular aspect of his life, it feels like it needs to cover everything. The first 20 minutes covers his poor upbringing, his childhood romance with his eventual wife, how he first starts up his business, its initial struggles and its gradual transformation into the beloved circus everyone knows. It almost feels like a whole movie in and of itself was crammed into this opening bit.

So where does the movie go from here? Well, the rest of it is essentially about Barnum trying to further his reputation and become accepted by the upper crust of society, which gradually distances himself from his family, friends and coworkers, and this leads to my second problem with the movie – Barnum’s an unlikable asshole, which is weirdly impressive considering how much the movie tries to paint him as an otherwise noble and charming individual.

When he starts to set up the circus, he wants things that will draw in a crowd and make him loads of money – namely, ‘freaks.’ Wow, what a scumbag, right? Except the film portrays him as someone who’s actually “saving” these people and giving them a place to be who they are and celebrated for it. And it does a really bad job of it. When he approaches a dwarf and offers him a job, this is the exchange they have:

“You want people to laugh at me.”
“Well, they’re laughing already so might as well get paid for it.”

The dude then rightly slams the door in Barnum’s face, but then he follows it up with some sanctimonious bullshit about how the dwarf will be presented as a general and that people won’t laugh but salute. And this SOMEHOW convinces him to change his mind. 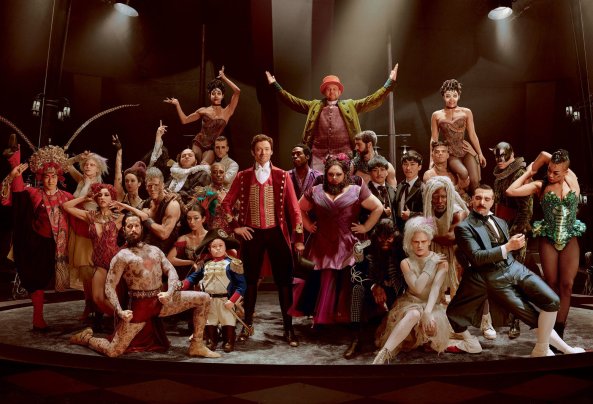 Now, there’s a very easy fix for this as Barnum could gradually start to see the people he’s hiring as more than just a way to make money and come to treat them as a family, but he never really does. Once he starts rubbing shoulders with the elite, he’s very quick to abandon them and distance himself from them. And this is obviously meant to make the audience be all “No, Barnum, don’t push them away, you’re better than this” but all it does is reinforce the belief that, yeah, he’s an unsympathetic dick. Even towards the end of the film, he doesn’t feel deserving of sympathy when things go wrong for him. It feels more like just desserts. It’s honestly kind of hilarious when you realise that this is the “nice” version of Barnum; I’ve heard that the real one was way worse. Yeah, he’s described as a philanthropist but, depending on who you ask, he was also an exploitative, racist scumbag – the perfect star for a bright and happy musical, right?

Besides, even if you ignore the real-life influence, it’s hard to sympathise with a guy who is already rich and successful but is sad that he’s not even more successful. Dude, you won! You’re living in a giant-ass house with your beautiful wife and lovely daughters; what else do you want?! That’s probably meant to be the point but even parts of his motivations are baffling.

See, there’s a point in the movie where he finds himself targeted by a snooty critic (word of advice for budding writers – do NOT include a snooty critic character. You just come across as petty) who calls everything in Barnum’s circus fake. Um, excuse me? The circus is many things but it’s not fake. Sure, Barnum does exaggerate certain things (like putting the already giant man on stilts, for example) but most of it is real. And how exactly could he have faked stuff like the acrobats and elephants in the 19th century? There is no basis for this critic’s argument, yet it pops up throughout the film, with even one of Barnum’s own daughters quitting ballet because “you can’t fake it.” And then Barnum genuinely starts to agree with this and part of his reason for trying to ditch the circus is because he wants to promote a show that’s “real.” Feel free to start banging your head against a wall out of disbelief and frustration.

The rest of the cast isn’t much better either, existing entirely of more snooty strawmen who exist just to mock our beloved hero and make us shake our fist at them like their bloody pantomime villains or uninteresting and vapid extras that seem to be here solely to fill up the cast list. I couldn’t tell you any of the other characters’ names without having to look them up. Not even any of the circus members have much of a defined personality. For a film that loves to present itself as a champion of outcasts everywhere, it sure doesn’t want them to take up TOO much screen-time.

The only other characters worth mentioning are Zac Efron’s and Zendaya’s characters, since they have a romantic sub-plot that is so forced, unnecessary and lacking in chemistry that it’s actually kind of funny. Like, it adds nothing to anything. It’s just another excuse to show how “progressive” Efron’s character is and earn the film a few more brownie points.

Apologies if this has come across as rambling but, in essence, The Greatest Showman doesn’t seem to get anything right in regards to its characters or its plot, which jumps from scene to scene almost haphazardly and even speeding past certain story moments without really developing any of them, with all of that time spent on the lavish musical numbers. And it shows since those are the best parts of the film and the few moments where it becomes genuinely enjoyable… sort of.

The music itself is a tad… formulaic, I think is the right word. Most of the songs have very similar feels to them to the point where they kind of blend together. They’re not bad songs, but they’re not particularly interesting either. That being said, repeated listens did lead me to garner a couple of favourites. The opening and ending song, The Greatest Show, immediately won me over and is also accompanied by an incredibly flashy and colourful dance number, The Other Side has got a great melody and some impressive juggling skills courtesy of a barman (why wasn’t HE in the circus?) and This is Me, while obvious Oscar bait, is still a great and empowering tune for the circus members and really makes you root for them. Honestly, they should’ve been the main characters instead of P.T. “First World Problems” Barnum.

I’ll give credit where it’s due, the choreography is amazing and there’s some genuine skill and talent on display here, but not every track gets a cool, flashy dance sequence meaning some of the musical moments get a tad boring since what’s happening on-screen isn’t particularly engaging. Honestly, I think ‘flashy’ is the best word to describe this movie. It’s almost child-like in its presentation – it’s colourful, energetic and full of sincerity, wonder and boundless optimism, but it’s also amateurish and just falls apart from a story and character perspective. I can see why people are divided over this movie; it’s hard to hate something that’s clearly trying so hard to be the best it can be, even if it ends up falling over nearly every hurdle.

If you’re at all familiar with Barnum and have already come to the conclusion that you despise his very being and the idea of people glorifying and praising him makes you want to violently throw up, then you probably won’t find any enjoyment in this movie, even ironically. You’ll just want to punch something. For the rest of you, though, I’d actually recommend giving it a watch, because while I may have criticised it very harshly, it’s still entertaining. I watched it twice with friends and we had a whale of a time riffing on it.

I don’t think The Greatest Showman necessarily succeeded at what it wanted to do but it’s perfect junk food for the brain. Whether you laugh with it or laugh at it, I guarantee you’ll have a good time at this particular circus.