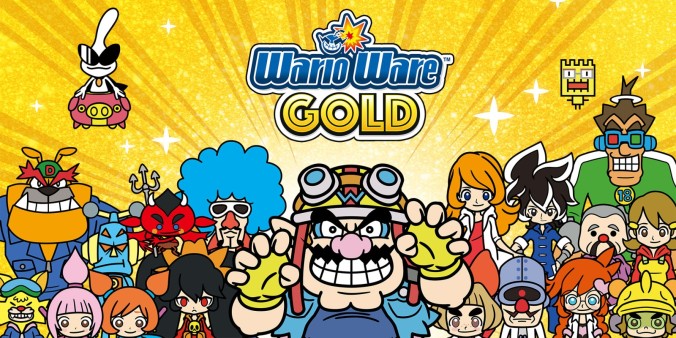 I never realised how much I missed playing WarioWare games until I tried out the demo for the latest entry – WarioWare Gold. It was like meeting up with an old friend you hadn’t seen in years and finding out that you’re still on the same wavelength and have a fun time together. And considering the last WarioWare game came out in 2013 (assuming you even count Game & Wario, that is), I feel that comparison is perfectly apt.

But is WarioWare Gold deserving of that name? Is it the game that long-time fans have been waiting for? Or is it just like Wario himself and full of hot air? How about I stop asking rhetorical questions and we get on with the review.

For those of you unfamiliar with the series, the WarioWare games are collections of microgames; incredibly small and quick games that you have to beat within a few seconds with only a one or two word prompt telling you what to do. Your goal is to clear as many of them as you can and rack up a high score. It’s a simple idea with a simple execution but an incredibly satisfying/frustrating pay-off when you clear a game by the skin of your teeth or botch it up at the last second.

The games themselves are all weird and wonderful; they’re guaranteed to have you either wide-eyed with surprise or giggling like an idiot at how bizarre and outright childish they are. They range from pressing the A button at the right time to stick a finger up someone’s nose to tilting the 3DS to win an arm wrestling match to using the stylus to tickle someone’s armpits. They’re the perfect fit for this more surreal and disgusting world where Wario is the star – the exact opposite of the much more squeaky-clean Mario. 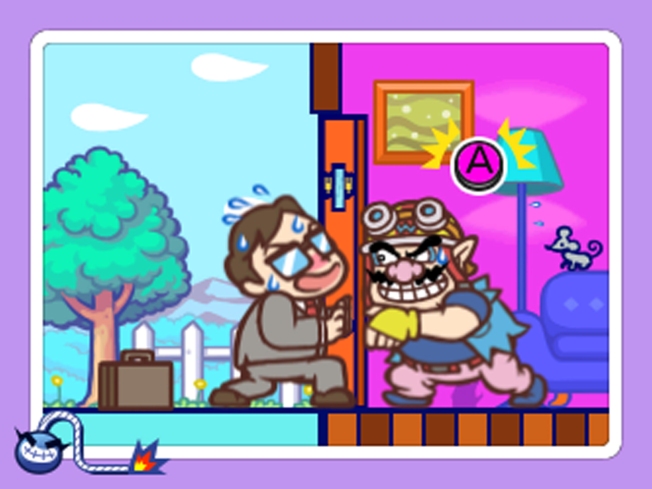 The more games you complete, the harder and faster they become, giving you more stuff to do in less time. In order to get high scores, you need to be able to immediately recognise what game you’re playing and what you need to do to win. While these will no doubt be daunting to a first time player, it’s very much a case of learning from failure. If you just keep at it, you’ll figure it out eventually, though some are much harder to work out than others. Not every microgame is a winner and some will make you groan with annoyance every time they show up.

For long time fans, most of these games won’t be anything new. Gold boasts having over 300 microgames but a sizeable chunk of these return from previous entries from the series. If you’ve been playing these games for years, you’ll either enjoy the nostalgia of seeing some old classics again or be disappointed with the lack of originality. Unlike its predecessors, Gold doesn’t attempt to do anything new in terms of gameplay. Tapping, twisting, shaking – while it does boast many original microgames for us to enjoy, it’s more of a “greatest hits” than a brand new album. As someone who has only dabbled in a few WarioWare games before, this didn’t bother me all that much and I exactly enjoyed seeing some of the old microgames come back.

Honestly, the main thing Gold does to differentiate it from the other titles is its inclusion of full voice-acting. It’s such a random thing that I don’t think anyone was really clamouring for but it surprisingly works really well for this series. The cast have always been larger than life but by giving them voices, they suddenly have a lot more personality and are more endearing. It helps that Nintendo got hold of several professional voice actors. I’m talking about the likes of Stephanie Sheh, Kyle Hebert, Erica Lindbeck and, of course, Charles Martinet as Wario, who basically steals the show. You can tell Martinet is having an absolute ball playing the bad guy and he actually manages to keep Wario very likeable despite being a greedy bastard that’s tricking his friends (?) into doing work for him for free.

The scenarios you encounter in the story mode are all great as well. While the main plot revolves around Wario hosting a videogame tournament, all the other characters have their own issues that you help solve by completing their microgames, be it Mona trying to find the perfect dress or 18-Volt winning a rap battle.

But outside of clearing the game’s story mode and getting high scores, what else is there to do in WarioWare Gold? Well, there are various extra modes for you to unlock that provide an extra challenge. “Thrill Ride” for example has you try and get a high score with only one life, “Split Screen” has microgames alternate between the top and bottom screens and Game & Wario‘s “Gamer” makes a return, where you have to play a series of microgames whilst also making sure you don’t let your mum catch you. It’s actually kind of terrifying and easily the best extra mode in the game. There is a multiplayer mode too but it requires two people to own copies of the game and I’m a Billy No Mates so I was unable to try it out.

There are also a series of challenges/achievements you can attempt, which mostly involve scoring a certain number of points or clearing certain objectives within a time limit (though, annoyingly, a couple are locked out if you don’t have amiibo or the additional NFC reader). It’s worth trying these since you’re rewarded with a bunch of coins – not that it’s hard earning coins to begin with. Just playing the game is enough to get you some, which you can then spend on a capsule machine that rewards you with all manner of random knick-knacks. You’ve got your usual unlockables like extra minigames, cutscenes and music but you can also get the option to dub over the cutscenes, various Nintendo memorabilia and even alarm clocks that you can only turn off by clearing three microgames (which sounds like a horrid idea; the last thing I want to do after being rudely woken up at 9am by Wario screaming in my ear is play videogames).

WarioWare Gold may not do anything revolutionary or new for the series but I feel like it doesn’t necessarily need to. It’s the classic WarioWare formula we know and love and after a slight hiatus, maybe we needed something familiar. And if you’ve never played one of these games before, Gold is the perfect gateway for you… assuming you’re fine with a number of poop jokes, of course.