I’m not a Digimon fan, or at the very least I haven’t been for roughly ten years. Yet when I saw the latest trailer for the upcoming Digimon Adventure tri., I found myself getting oddly excited. Clearly this is nostalgia at work but it kind of made me wonder how and when I fell out of the fandom. And for some reason I’m choosing to document this because why the hell not? So join me if you will on a trip down digital memory lane. 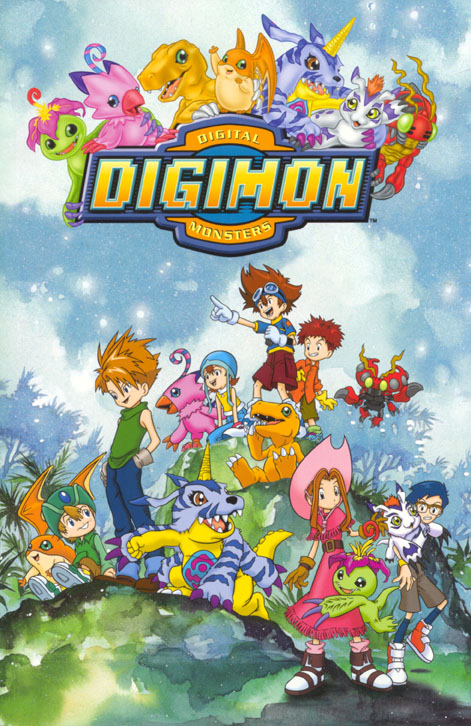 My first exposure to Digimon was on CITV (one of those kid-specific TV channels that aired cartoons and the like) during my primary school days. I was very much engrossed with the Pokémon anime at the time and I immediately dismissed it as a Pokémon rip-off. I even proudly declared to my friends how I was able to “figure it out”, pointing at this 30 second advertisement and showing what they specifically copied. I guess it was my first exposure to snobbery. It certainly wasn’t my first exposure to stupidity.

Anyway, for whatever reason, I still ended up watching the show. I guess it was because whenever I got home, I always watched CITV and it must’ve been on at the time. And I loved it. Don’t ask me why, I just did. I guess it was because of its similarities to Pokémon (let’s face it – they do share some), it’s pun-laden English dub and the awesome transformations.

That last one may have been the key selling point, now that I think about it. In Pokémon, we very rarely saw evolutions – they were sparse and scatted about here and there. In Digimon, they happened at least once an episode. Not only that, but they could digivolve even further, into larger, more powerful forms than before. Whenever a Digimon digivolved for the first time, it always got me excited.

It was also probably one of the first shows I watched that had an overarching story. With Pokémon, we knew it was all about Ash trying to become the Champion. That was it. Missed an episode? Chances are you didn’t miss much because you’d be almost immediately filled in next time. I remember missing the episode when Ash caught his Pidgeotto but since he had it with him in the next one, I just filled the blanks in myself.

Not Digimon though. While it initially had a clear goal and questions to be answered from the start, things started to get a little bit more complicated very early on. Suddenly, there were these black gears that were making Digimon turn evil. Then we met Devimon, seemingly the big bad of the series. Then our heroes defeated him, only to find another, stronger villain with his own plans. Then they managed to get back to the human world, only for more evil Digimon to follow them; their battles taking place in their own home. It gradually escalated, every new threat making me more and more tense. I would excitedly talk about the events of the latest episode with my friends. If there was ever a moment where it looked like I might miss an episode, I made sure my mum knew to get it recorded. 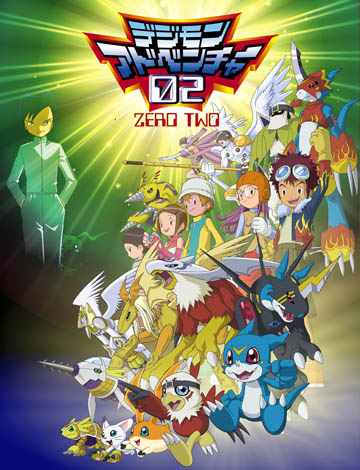 I don’t think this carried over into the second series as much. I still loved the show and made a point to watch it whenever I could. I remember absolutely loving the new methods of digivolving and I even got my own Digivice and got the movie (which I would much later learn was actually three movies edited together) on VHS. But I think I missed a lot of the episodes from the second series. In fact, I don’t think the series was ever finished on CITV. They just stopped airing it. That’s probably unlikely as the third series, Digimon Tamers, was aired on it though I think that show was dropped about two episodes in.

I did have a Digimon magazine on subscription for a while. It was the first magazine that I actively collected. It had a bunch of original stories starring the cast of Digimon Adventure 02 that, for some reason, ended on a massive cliffhanger before jumping to Digimon Tamers (looking back, maybe it was meant to lead in to the finale to the show). 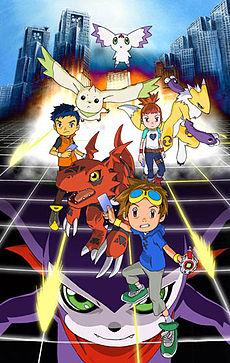 The Digimon Tamers stuff was really cool, though, as it gradually began to adapt the events of the anime. While I never watched Tamers, I learnt most of its story from that magazine and I think it ended up being my favourite Digimon series. It’s themed villains, the Devas, still influence my own creative writing to this day. Unfortunately, it ended up being cancelled before the story could finish, much to my pre-pubescent dismay.

With my one link to the Digimon series gone, I guess I just drifted away from it. With no way of keeping up with it, there seemed to be no point sticking around. It’s certainly not something I regret, mind you. Everything Digimon-related I’ve seen post-Tamers doesn’t interest or grab me in the slightest.

I did at one point watch a bunch of analysis videos done by someone called JesuOtaku, who covered the first three series in a surprising amount of depth. I was shocked that something I associated as just another one of the kids shows I used to watch could actually have deep characterisation and strong and mature themes. It made me want to check out the show again, so I tracked down the original series and gave it another watch… 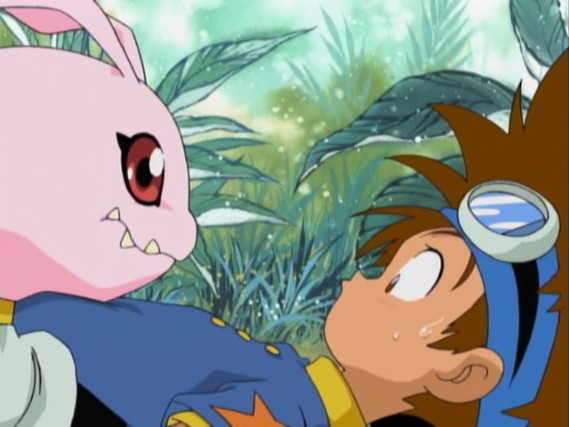 I got three and a half episodes in before I turned it off. Why? That godforsaken dubbing. I don’t know if watching subbed anime has spoiled me or something but, my God, I could not stand any of it. I think my problem sat more with the writing rather than the voices; almost every other line was a joke or a pun. Why can’t you people have a real conversation?! How am I supposed to take this Japanese kids show about computer monsters seriously?!

Some of you might now be saying “Well, why don’t you just watch the subbed version?” Eh, I don’t know honestly. I guess part of me is worried that the script’s not going to be any better. Plus, I have more of an inclination to watch other stuff at the moment. It’s all down to lack of time and interest.

Now we get to present day, when I found out about Digimon Adventure tri. A series of films centered around older versions of the original cast? I was admittedly curious. My nostalgia senses were tingling ever so slightly but I still wasn’t sure if I would ever check it out. Then that aforementioned trailer came out.

That crisp animation. Seeing the old gang back together. All their Digimon whose names I somehow still remember. And that freaking awesome battle with Greymon at the end! Am I… excited? Yes, I think I am.

At the moment, it’s hard to really say what to expect. The best kind of synopsis we’ve got for the series is “Tai and friends back. Evil appears. Tai and friends fight evil.” But judging by the decision to have it focus on these characters and the style of animation, it feels like they’re aiming for something a bit more adult. They’re aiming this at the people who grew up watching the original series, even if they haven’t been keeping up with the franchise since. This is speculation on my part, but I feel there’s some truth in there.

Whatever the reason, I feel like I have to at least give the first entry a shot when it comes out in November. Will I fall in love with the franchise again as a result? Unlikely, but I’d still like to catch up with Tai, Agumon and the rest. It really is like visiting some old friends who you haven’t seen for years and I certainly wouldn’t mind experiencing another adventure with these guys. 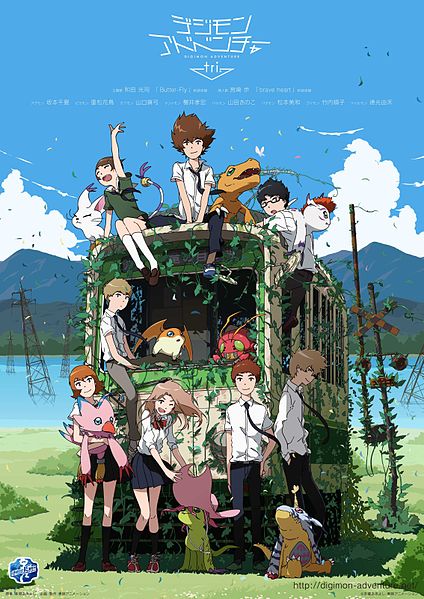