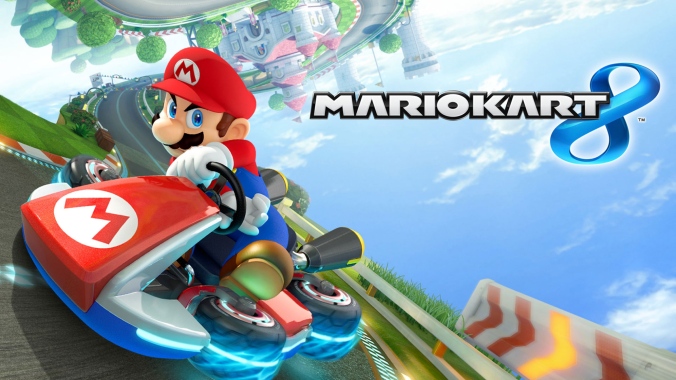 We’re less than a month away from ‘Mario Kart 8’ hitting the shelves and I don’t think I’ve ever seen so much hype for a new ‘Mario Kart’ before. Since its announcement at E3 last year, we’ve slowly but surely seen more of it and I have certainly become more and more excited. But if there’s one thing I have to take issue with, it’s Nintendo’s choice of characters.

Now, ‘Mario Kart’ isn’t exactly something you play for its playable characters, unlike a fighting game like ‘Super Smash Bros’ but as the cast has grown, certain characters have unexpectedly cropped up… and not in the good way. ‘MK8’ will star many fan favourites but the rest are a bit of a head scratcher. All seven of the Koopalings? Are they really that popular? Baby Rosalina? Do we really need another baby version of an existing character? Even Baby Daisy was pushing it. And Pink Gold Peach? You’re not even trying with that one.

It wouldn’t be so bad if there wasn’t a far richer selection of Mushroom Kingdom inhabitants to choose from. So, here’s my personal pick of new and old racers that should be allowed onto the racecourse.

‘Double Dash’ is one of my favourite ‘MK’s but not for its unlockable characters. It really only had four of them (the rest of the unlockables being new karts) but two of them were real surprises: Petey Piranha and King Boo – fresh from their introductions in ‘Super Mario Sunshine’ and ‘Luigi’s Mansion.’ But whereas King Boo went on to appear as a pseudo boss fight in ‘MK DS’s mission mode and back to being playable for ‘MK Wii,’ poor Petey kind of vanished.

As far as playable appearances go, he has featured in ‘Mario Power Tennis,’ ‘Mario Golf: Toadstool Tour,’ ‘Mario Strikers Charged Football’ and the two baseball games (one of which wasn’t released in Europe) but nowhere else. I kind of feel sorry for him; why can’t a ferocious plant monster take part in more friendly get-togethers? Every other appearance sees him getting beaten up. Petey has always been one of the more unique boss characters of the Mushroom Kingdom and I’ve always been pleasantly surprised whenever he cropped up. Come on, Nintendo, the guy needs work. 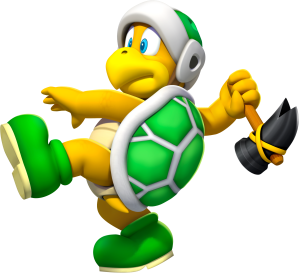 A lot of Bowser’s minions have commonly appeared as playable characters; not the Hammer Bro, though. He was a squad member in both ‘Strikers’ games, was playable in the two baseball games and he was one of two unlockable characters in ‘Mario Party 8’ but aside from that, not much.

Maybe because he and his brethren gave players so much grief in the early 2D games, but when the common Koopas can take part in all manner of sports and kart races, surely the elite should be allowed a look in. In fact, it’s believed he was going to appear in ‘MK Wii’ but got taken out (alongside Petey believe it or not). He’s been stomped on so many times by Mario and chums; it’s only fair to give him a victory somewhere else.

Some people may disagree with me on this, given that Funky isn’t a ‘Mario’ character but I argue that since he was in ‘MK Wii,’ he gets a fair shot. And why not? While the ‘Donkey Kong’ franchise is experiencing a bit of a revival as of late, its many characters have not had a lot to do for the last several years.

Funky at least adds a bit of variety to the cast. He’s not just a re-skin of DK; he brings with him his own attitude and… well, funkiness. Or at least, what the 90’s deemed as funky. He emulates how adults saw young people; these hip, surfer dudes who liked to spout such classic and not at all dated phrases like ‘Radical,’ ‘Gnarly’ or ‘Tubular.’ He’s kind of like Poochie from ‘The Simpsons;’ he may be un-ironic but it’s hard not to love him for it. 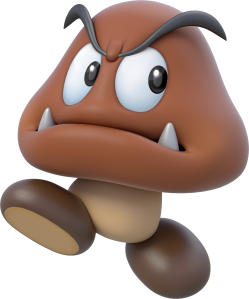 The Goomba may be the most common breed of enemy, he may be virtually harmless, he may have no arms, but he was the first. When you booted up ‘Super Mario Bros,’ who was the first enemy you saw? Not a Koopa. Not a Dry Bones. Not a Lakitu. A Goomba.

These poor blighters have been cannon fodder for years; the only reason Bowser keeps them in his army must be out of a sake of tradition rather than actual fighting skill. Surely, as the original mook of gaming, a Goomba must be allowed the chance to step up to the plate and achieve playable status, aside from the two baseball games. If anyone deserves at least one victory in their lives, it’s the Goomba.

‘Mario Kart 7’ introduced a very small number of new racers; two of which were welcome additions – the other two weren’t. Wiggler was one of the former. Wigglers have never really been evil or hostile; usually they attack because some fat plumber just bonked them on the head, so it made sense for this cheery caterpillar to have a go at kart racing. Especially since they function like a mode of transport anyway. I mean, they sound like steam trains when they get angry.

We’ve all seen the Wiggler buses and you even had to race a big one in ‘MK DS’s mission mode, so they’re certainly no stranger to being on the roads. Plus, ‘MK8’ features a kart shaped like a Wiggler, so having Wiggler return could make for some great existentialism on his part. And let’s be honest, we’d all rather have this bug back than the Honey Queen. 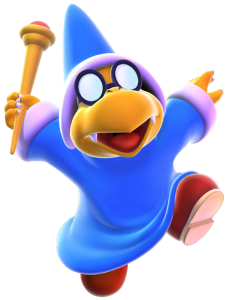 You’d think being Bowser’s right hand minion would guarantee this wicked wizard a spot, but no. To this day, Kamek has never been playable in a ‘Mario Kart’… or even at all. He was an unlockable character in ‘Mario Party 9’and ‘Mario Golf: World Tour’ but that’s it. Over 25 years and it takes till 2012 to be playable in something. Even Lakitu, a creature that has been waving the chequered flag for years and was never seen off his cloud, has been elevated to playable status.

The more Nintendo nerdy amongst you will also know that Kamek was going to be playable in ‘Mario Kart 64’ but was replaced with Donkey Kong. I guess gorillas are more popular than evil turtle wizards. This guy has been a thorn in Mario and Luigi’s sides since they were babies; it only makes sense that he should continue to do so on the racetrack.

Admittedly, Dry Bowser is just a re-skin of Bowser. Or is it a de-skin? Un-skin? He’s basically what Bowser looks like if he spends too long in the lava pit. But unlike most altered characters, I feel Dry Bowser gives off a different air than when he had flesh.

Baby Mario is essentially Mario but smaller, cuter and with no moustache. Metal Mario is Mario but covered in metal. There’s really no difference there. Dry Bowser, however, comes across as more menacing, with his soulless, yellow eyes and black and red spiky shell. If you saw that thing blazing towards you in your rear-view mirror, you’d promptly freak out and move aside to let the thing pass in the hopes it won’t kill you. Dry Bowser is a definitive speed demon and his presence always makes me feel as if things just got real. 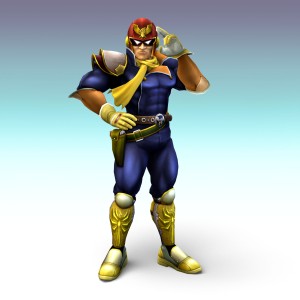 Coz why not? When was the last ‘F-Zero’ game? 2004. And with no new title on the horizon, the poor captain has been living off of the money he gets for reappearing in ‘Smash Bros.’ In fact, at the time of writing, we don’t even know if he’ll be back for the next one. And while he’s certainly gained popularity for his meme-tastic appearance in those games, I’m sure the guy still longs to return to where he truly belongs: the racetrack.

‘MK8’ is quite clearly influenced by ‘F-Zero’ with its use of anti-gravity and Falcon’s own vehicle, the Blue Falcon, was a kart in ‘MK Wii,’ proving that he hasn’t been completely forgotten. So come on, Nintendo, let this guy hit the tarmac once more so he can show the rest of these chumps what a real racer is capable of.

One thought on “Eight Characters That Should Be in Mario Kart”