Earlier this week, English comedian Rik Mayall sadly passed away at the age of 56. The man pioneered alternative comedy in the 1980’s, particularly with his role in British sitcom ‘The Young Ones’ (which I really need to watch); he was described as being to comedy what punk was to music. He was an inspiration to me and many of my friends and his passing has deeply affected a lot of people.

If you’re unfamiliar with him, you are sorely missing out. He brought so much energy to every role he was in, creating insane, uncontrollable characters. So, in honour of this utter legend, here’s a list of my favourite performances for you to check out and enjoy. 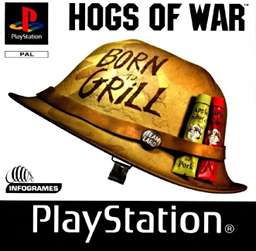 Probably one of his least known roles, ‘Hogs of War’ was a turn-based strategy game for the PS1, which saw several nations of anthropomorphic pigs battling it out WW1 style. Me and a friend of mine used to play this game quite a lot, and while the game was certainly fun, a lot of our enjoyment came from the characters themselves, all voiced by Mayall.

The rather dark humour perfectly fit Mayall, as he switches between various over-the-top accents to yell out battle cries and last words before the pigs keel over and blow up. Easily his best character, though, was the general. Mayall is clearly, if you excuse the pun, hamming it up with him and taking delight in being an exaggerated drill sergeant. If you can’t get the game yourself, you can watch some gameplay or the cutscenes on YouTube and enjoy hearing a man yelling at himself in a recording booth.

‘Man Down’ is a Channel 4 black-comedy sitcom that only started at the end of last year but it acknowledged something that me and many others had noticed for several years: Greg Davies looks a lot like Rik Mayall. Seriously, look at them.

So it was obvious to cast Mayall as the hapless Greg’s dad, who would frequently torture Greg either physically or mentally. In the first episode, he dresses up as a bear and attacks Greg in his car for no reason but to ‘have a bit of fun.’ He probably provided the best moments in the show; whenever he was on screen, I knew that something was going to get broken, and seeing him so physical showed that he hadn’t lost his touch. The whole series is on 4oD and, while he may not be in the show a lot, I guarantee he’ll make you laugh with his sheer parental cruelty.

Not one of his funniest roles but it became a surprise favourite of mine. ‘Jonathan Creek’ was about a cynical designer of illusions for a stage magician who found himself getting involved with bizarre and seemingly supernatural crimes. Mayall appeared in two episodes as DI Gideon Pyke. The first one I haven’t seen, but his second appearance in the 2013 Easter special, ‘The Clue of the Savant’s Thumb,’ really threw me. Mostly because the character was paralysed from the neck down.

But despite having his movements so heavily restricted, Mayall stole the show in my eyes. His character wasn’t energetic in body but in mind, entering scenes with so much swag and a smug smile on his face. He even saves the day at the end by disarming a couple of criminals with only a laptop. We need more characters like this, and more actors like Mayall to play them.

If you haven’t even heard of ‘Blackadder,’ go watch it now. Go on. I’ll wait. … You done? Good. Amazing, wasn’t it? While the entire show is an absolute classic, it’s safe to say Mayall kind of stole the show in his two appearances as Lord Flashheart. He was loud, self-absorbed, always the centre of attention, but it was so damn hard to not love him as much as the many women he’s no doubt bedded. Even Queen Elisabeth I had a crush on him. If he was real, he would’ve been the poster boy for the British Army during WWI.

It’s a great example of how a character can be brought to life with the energy of the actor; I don’t think anyone else could’ve done the role justice. Plus, nearly every line he uttered was memorable; whenever I watch it I can’t help but quote along with him. Nowadays, they’d probably land someone in court for harassment, but here, they’re the best pick-up lines a man could ask for. It’s hard to nail down a favourite, so here’s the most blasphemous, but probably very accurate.

Nowadays, sitcoms are usually about so-called wacky families and the hi-jinks that ensue. ‘Bottom’ centred on a pair of flatmates, Richie and Eddie (the latter played by Adrian Edmondson). They weren’t wacky- they were outright insane. They were some of the vilest, disgusting, deplorable and pathetic characters to ever grace the TV screen – and we loved them. It was like a live-action cartoon thanks to the insanely over-the-top violence; it was a time when slapstick was king and not painful to watch.

Of course, it wouldn’t be as great as it was, were it not for the performances. Mayall perfectly captured the pathetic snobbery of Richie, a man who made himself out to be better than he actually was. But when that was all stripped away, you would see a man-child desperate for money and sex; he was a classic love-to-hate character. Even though he seemed to be more intelligent than Eddie, it was obvious that the only reason he hung out with him was to make himself seem better.

Aside from ‘The Young Ones,’ ‘Bottom’ was probably what defined Rik Mayall’s brand of humour; loud, crude, insane – it was an amalgamation of everything we loved about him. It might be an overused phrase, but the world is a less funny place without him. Farewell, Rik Mayall. Hopefully Jesus will acknowledge you were better than him. 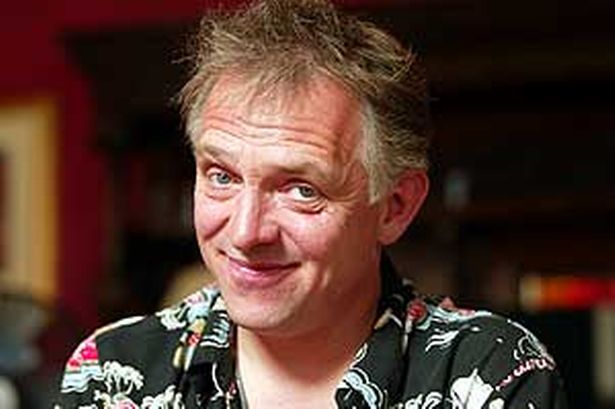