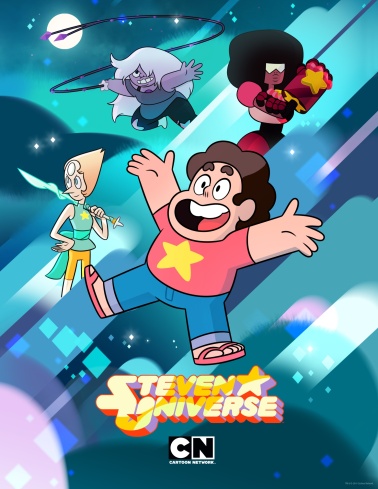 Steven Universe is arguably one of the best cartoons ever made. Or, at the very least, one of the most popular modern ones. Whether it be because of its soft and cosy atmosphere, it’s large and lovable cast, or the stories and messages it presents, a lot of people love this show, myself included. Today, I want to highlight one of the show’s most notable aspects – its songs.

You can tell just by watching the show that the crew LOVE making music and song numbers. I can’t quite describe it but every song has the same level of heart and passion put into it, resulting in a unified yet varied soundtrack, with some of them sounding like they’d fit in a stage musical. So, with the Steven Universe movie almost upon us and it being a musical as well, I’m sharing my ten favourite songs from the show so far, in order of when they appeared in the show. And let me tell you, there were a lot to pick from. END_OF_DOCUMENT_TOKEN_TO_BE_REPLACED